Written and Illustrated by Laura Mejia. Click on images to enlarge. 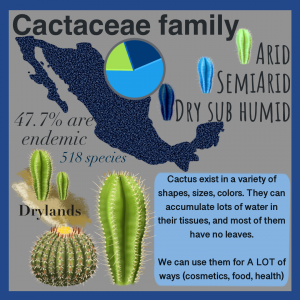 Mexico is one of the most important dryland regions of the world. Almost half of the cacti species found there are endemic, found nowhere else.

This beautiful review by Ramírez-Rodríguez et al., published in 2020 in Food Chemistry, introduces us to the astonishing world of cactus fruits, which vary in size and color and their importance as food and medicine.

The eight most commonly eaten species described have different uses and many produce beneficial metabolites including betalains, alkaloids and flavonoids. Some of the species have been used from the pre-Hispanic period and have medicinal properties that have been validated. Others do not have much chemical, botanical or medical information, which opens opportunities to investigate them. 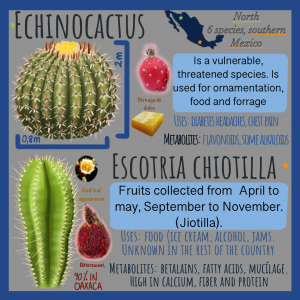 Echinocactus sp., commonly known as biznaga de dulce in Mexico, is a vulnerable species. It is widely used as a snack and for the production of sweets, which is affecting its populations.

Escotria chiotilla, also known as jiotilla, is used traditionally in Oaxaca and southern Mexico, and is considered to have an excellent flavor. There are few articles on its applications, so there are opportunities for further investigation (for example in colorant production). Ferocactus sp., also known as borrachitas or devil’s tongue, is the most widely used barrel cactus. A wide range of food and therapeutic uses have been described for its fruits, seeds and flowers.

Hylocereus sp. (pitahaya), has been extensively described and has a very wide suite of health benefits known from pre-Hispanic times and validated experimentally, including antimicrobial and anti-inflammatory properties. It also has uses in natural colorant production and is widely grown and consumed across the world as “dragon fruit”. 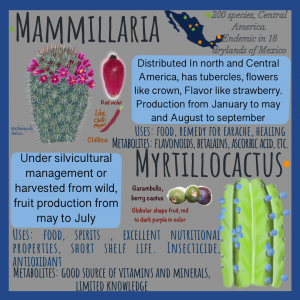 Mammilaria sp. are also called chilitos because their fruit is shaped like chili pepper. It has been reported to have antioxidant properties (associated with betalains and phenolics) and to be an anticoagulant. The fruits have a very high vitamin C content.

Myrtilocactus geomettizans,  or “berry cactus”, has globular-shaped fruits commonly called garambullo. Several reports showed that garambullo is an important source of bioactive compounds. However, it has limited shelf life, so in recent years, the commercialization of dry fruits has been proposed. 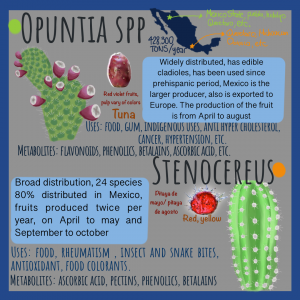 Fruits of Opuntia sp. are known as prickly pear or tuna. This plant is widely consumed, not just the fruits but also the cladode (the flattened, leaf-like shoots). Several of the compounds mentioned previously have been reported in opuntia, and an extensive bibliography highlights its medicinal potential including anti-inflammatory, antibacterial, and anticancer properties. Mexico is the biggest producer.

Stenocereus also known as pitaya, traditionally is used for gastrointestinal problems as well as snake and insect bites. It has a high contents of betalains that can be used for red and yellow food colorants. 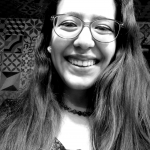 Laura Alejandra Mejía is a biologist, MSc pharmaceutical sciences from Universidad Nacional de Colombia, and a 2019 Plantae Fellow. My main interests are plant biology, application of plant metabolites, and the creation and dissemination of science for the public. You can follow me on Twitter @Eusoulaura16 and  Instagram: @eusoulaura16. 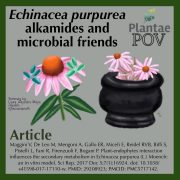 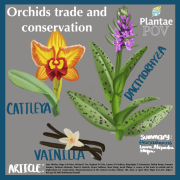 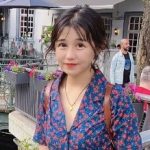 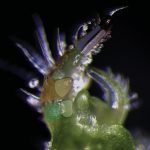