Background: When plants are in the dark, their stems get longer to search for light. When reaching the light, plant photoreceptors called phytochromes perceive light and signal the plant body to adapt to the light environment. Phytochrome A (phyA) and phyB are two major phytochromes perceiving far-red light and red light, respectively. Upon light perception, phyA and phyB promote light responses partly by inhibiting Phytochrome interacting factors (PIFs). In a model plant, Arabidopsis thaliana, eight different PIFs (PIF1 to PIF8) regulate light responses both redundantly and distinctively. 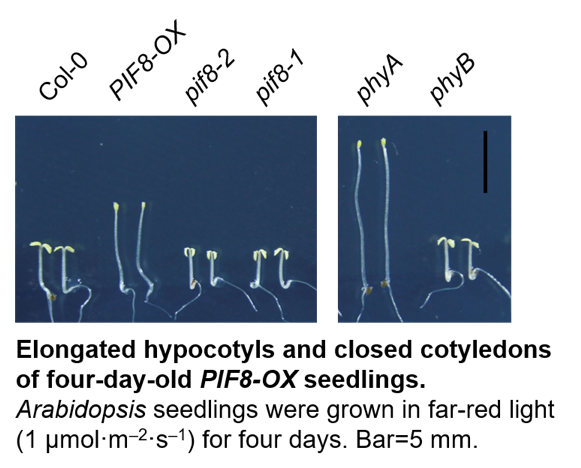 Next steps: PIF8 is a well-conserved PIF, implying it provides advantages to plants living in natural light environments. Thus, it would be interesting to determine if PIF orthologs from other plant species have similar roles and to identify natural light conditions where PIF8 plays a role. 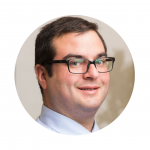 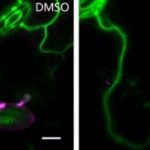