Mitochondria are active organelles that move rapidly, change shape and undergo repeated fusion and fission (Frederick and Shaw, 2007; Tilokani et al., 2018). Since mitochondria have many important roles including respiratory energy production through the TCA cycle and oxidative phosphorylation in eukaryotes, the quality and quantity of mitochondria must be controlled in response to environmental conditions, growth stages and cell types.

The mechanism for mitochondrial fusion and fission has been demonstrated in eukaryotes such as yeast, mammals, red algae and land plants (Arimura, 2018). Mitochondrial fission largely requires the function of dynamin-related proteins (DRPs), which have GTPase activity for the scission of vesicles from membrane. In Arabidopsis thaliana plants, DYNAMIN-RELATED PROTEIN 3A (DRP3A) and DRP3B serve to constrict the site for mitochondrial division (Mano et al., 2004; Fujimoto et al., 2009). The leaves of drp3a or drp3b single mutants have elongated, larger mitochondria compared to wild-type plants (Fujimoto et al., 2009). Mitochondrial outer envelope-bound ELONGATED MITOCHONDRIA 1 (ELM1) is a plant-specific protein that is required for the correct localization of DRP3A (Arimura et al., 2008). The elm1 mutant cells also display large, elongated mitochondria. Although mitochondrial fission is impaired in single mutant plants of drp3a, drp3b and elm1, these mutants do not show clear visible abnormal phenotypes during vegetative growth. Therefore, the importance of fission-mediated control of mitochondrial size and shape in plant growth remains unclear.

In the current issue of Plant Physiology, Chen et al. (2019) found reduced seed production and impaired pollen maturation, which involves alterations in the production of pollen coat and pollen outer wall, in the drp3a, drp3b and elm1 mutants. Because the formation of the pollen coat and pollen wall is closely related to the function of the tapetum, the authors focused on the changes of mitochondrial behavior in tapetal cells during pollen maturation. Establishment of a 3D-imaging method for mitochondria using fixed, single tapetal cell of transgenic Arabidopsis expressing mitochondrion-targeted GFP driven by a tapetum-specific promoter revealed the dynamic changes in the shape and the number of mitochondria throughout all stages of pollen maturation.

The current study revealed drastic changes of mitochondrial behavior in tapetal cells during pollen maturation in wild-type plants. Although the increase or decrease in mitochondrial volume requires the synthesis or degradation of mitochondrial components, respectively, how these processes are regulated during pollen development has not been assessed. In the budding yeast Saccharomyces cerevisiae and in Caenorhabditis elegans, the intracellular degradation process autophagy helps to control mitochondrial quantity (Kurihara et al., 2012; Palikaras et al., 2015), however, in plants, our understanding of the contribution of autophagy to mitochondrial degradation is restricted in what occurs in senescing Arabidopsis leaves (Li et al., 2014). How plants control mitochondrial dynamics for pollen development is an interesting question that warrants further study. 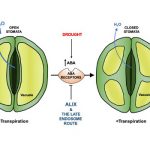 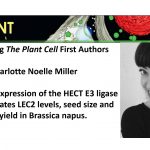