When thinking about adaptive processes, the concept of genetic innovation comes to mind. At the genomic scale, a lot of attention has been given to gene introgression, duplication, and novel functionalization to uncover the bases of adaptation. However, as the majority of genes are non-essential, both the gain and loss of genetic information can help plants adapt to their changing environments. The benefits of single gene losses are well documented in plants, for example, for variations in phytochemicals or transitions in pollination syndromes and selfing (Albat and Canestro, 2016). However, systematic analyses of loss-of-function mutations at the genome-wide level and their consequences at the global scale are lacking. 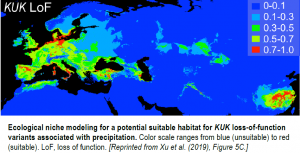 Xu et al. (2019) performed a systematic analysis of a large consolidated genomic dataset of Arabidopsis thaliana sampled over Eurasia and Africa. They found that two-thirds of the protein-coding genes have loss-of-function variants in the over 1,000 wild populations analyzed. They also estimated that on average, 3% of the protein-coding genes present loss-of-function mutations in every wild population. These loss-of-function mutations are not present at random in the genome. Their frequency depends on nucleotide diversity and transposable element density. In addition, genetic redundancy is affected differentially, as loss-of-function variants correlate with gene family size.

The Plant Direct Associate Reviewer Board 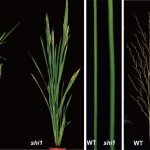