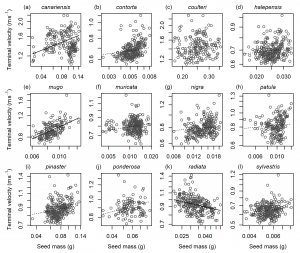 The dispersal capacity of wind-dispersed seeds is expected to be shaped by seed mass, with lighter seeds dispersed further due to low terminal velocity (i.e., maximum velocity while falling). However, this relationship has been mostly tested comparing species from different taxonomic groups, rather than within particular taxa or species. In this paper, Wyse and Hulme assessed the relationship between seed mass and terminal velocity across and within 12 wind-dispersed Pinus species and how they were related to other seed and cone traits. As expected, a significant and positive relationship between seed mass and terminal velocity was found across pine species. However, when analyzed within each species, this relationship was not significant in most cases. Instead, the authors show that seed and cone traits –such as seed shape and cone length– are better predictors of terminal velocity. As a result, the authors highlight that the relationship between seed mass and terminal velocity is highly context-dependent, and that arises from the optimization of multiple reproductive traits. As a result, this research provides interesting insights for future studies about how different functional traits constrain the dispersal capacity of wind-dispersed species. (Summary by Carlos A. Ordóñez-Parra @caordonezparra) J. Ecol. 10.1111/1365-2745.13477 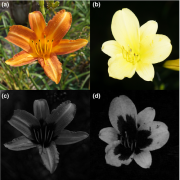 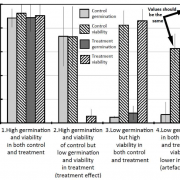 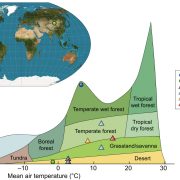 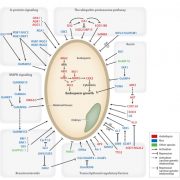 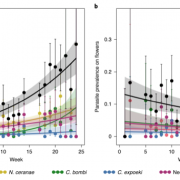 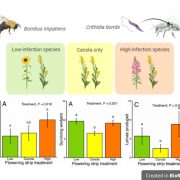 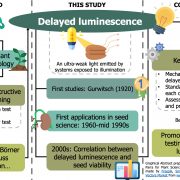 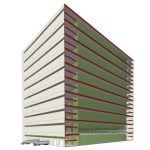 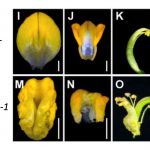