An et al. identify the regulatory pathways that affect heading in lettuce.

Background: The formation of leafy heads is an important agronomic trait in some vegetable crops, such as lettuce, cabbage, and mustard. Having leafy heads facilitates harvesting and transportation, extends shelf life, and improves the texture of these leafy vegetables. The leaves of heading vegetables show imbalanced development of dorsiventrality, including incongruous cell division between the adaxial and abaxial parts. Although heading is an important horticultural trait, its underlying genetic and molecular mechanisms remain poorly understood.

Findings: We genetically cloned the second gene controlling leafy heads in lettuce, which encodes a protein homologous to SAW1 in Arabidopsis. The function of LsSAW1 on heading was verified using overexpression and CRISPR/Cas9 knockout experiments. The loss-of-function of Lssaw1 results in downregulation of adaxial genes and upregulation of abaxial genes to contribute to leafy heads. We also showed that the two cloned genes encode proteins that physically interact and play antagonistic roles in leaf dorsiventrality and leafy heads.

Next steps: Understanding this pathway provides promising targets for research and breeding programs of heading vegetable crops in the future. We are interested in the roles of other dorsiventrality genes in heading, and their relationships with LsKN1 and LsSAW1. 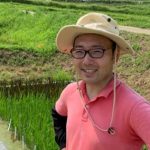 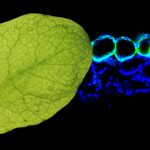