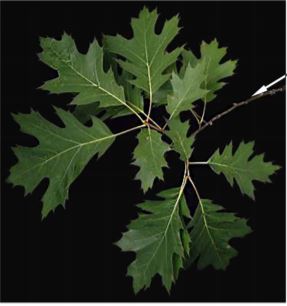 In this volume of Plant Physiology, Hochberg et al. (2019) present a novel way to rapidly assess the xylem vulnerability of leaves that combines the recently developed optical technique (Brodribb et al., 2016a; Brodribb et al., 2016b) with a version of the air injection method (Sperry and Tyree, 1990). While the air injection technique has been around for many years and provides a rapid way of generating xylem vulnerability curves, it has only been applied on stems and not leaves. Part of the reason for this limitation is that earlier versions of the air injection technique relied upon quantifying loss of xylem hydraulic conductivity (i.e., the y-axis of xylem vulnerability curves) by measuring the flow of water through the xylem, which can prove problematic with leaves. Hochberg et al. (2019) show that this limitation can be overcome by combining the air injection technique with the optical method, since the latter quantifies the extent of embolism (air blockages) within the leaf xylem rather than assessing water flow through the leaf.

How does the air injection technique work? According to the ‘air-seeding’ hypothesis, air entry into the xylem of both angiosperms and conifers occurs when the pressure difference across an air–water meniscus located on xylem walls exceeds a critical value (Sperry et al., 1988; Cochard et al., 2009; Delzon et al., 2010; Cochard et al., 2013). These air-seeding events can occur in one of two ways: 1) either the plant is allowed to dry down to critically low (i.e., very negative) water potentials under constant atmospheric pressure (referred to as “bench dehydration”, which thus far has been the approach used in constructing vulnerability curves using the optical technique; Skelton et al., 2018); or 2) the atmospheric pressure can be increased while the xylem water potential is maintained constant (usually close to 0 MPa). The latter technique is the air-injection technique first demonstrated by Crombie et al. (1985) and Sperry and Tyree (1990) who introduced embolism into stems by forcing air into a xylem segment inserted at one end into a standard Scholander-type pressure chamber. Samples were subsequently removed from the pressure chamber and the rate of water flow through them was assessed. This process was then repeated until a complete vulnerability curve was generated.

A second iteration of the air injection technique was subsequently quickly (and independently) developed by Cochard et al. (1992) and Salleo et al. (1992), where a short xylem segment (typically < 0.3 m) cut at both ends is inserted into a “pressure sleeve” with the two ends protruding out of the chamber. Air-seeding is induced by increasing the air pressure inside the chamber around the branch segment. The benefit of this second advance was to allow water flow through the sample to be measured without removing the segment from the sleeve. Finally, the most recent iteration of the air injection technique—the one developed by Hochberg et al. (2019)—relies upon pressurizing one end of a petiole with tubing connected to a pressure cylinder, while the hydrated leaf is held in place on a scanner. Repeated images of the same section of xylem while the leaf is exposed to increasing air pressure allow one to determine the exact pressure at which the xylem becomes embolized. 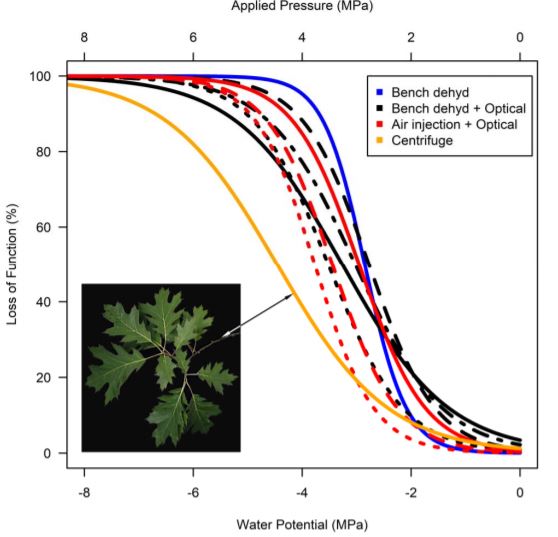 Why do we need a new technique? There currently exist several different techniques for exposing xylem vessels to different pressure potentials in order to induce cavitation (reviewed by Cochard et al., 2013). Typically, bench dehydration is considered the most reliable as it involves little manipulation of the sample and is the least prone to artefacts. The main disadvantage is that the process is often slow. The main advantage of the air injection technique is that the pressure can be manipulated with great accuracy and applied to the sample within minutes. Consequently, the air injection technique enables vulnerability curves to be constructed over a few hours, a substantial improvement over the bench dehydration method. Hochberg et al. (2019) indicate that their method allows a complete curve to be developed in 3 hours, a considerable improvement on current techniques.

Of course, exciting new techniques in plant hydraulics—as with any discipline—often come with their own set of challenges and risks. Because the novel air-injection optical technique offers the promise of rapidly generating vulnerability curves those implementing it must ensure that considerable care is taken to avoid any potential artefacts. For example, one potential concern with the air injection technique familiar to the plant hydraulics community is the possibility that any particle not filtered out by vessel ends can nucleate cavitation in much the same way that defects on a glass nucleate bubbles in beer. Since samples need to be rehydrated to 0 MPa, adequate care must be taken to ensure that the liquid is purified beforehand. One way to do so is ensure that there are adequate vessel ends to filter out any particles in the rehydrating fluid. Another potential issue is that air entry into different conduits will influence leaf function differently, and care must be taken to ensure that only the target tissue type (e.g., xylem) is quantified.

A simple, but time consuming, way to solve this second potential issue is to couple the hybrid technique with other techniques that measure leaf hydraulic conductance. Hochberg et al. (2019) provide convincing evidence that their novel method consistently provides the same values as other, slower techniques for two species, Vitis vinifera and Quercus rubra (Fig. 1). Consequently, this technique to rapidly generate vulnerability curves may yet become a valuable tool, of interest to evolutionary biologists for rapid phenotyping and to physiological ecologists working in biodiverse regions of the world where the vast number of species have yet to be assessed for xylem vulnerability to embolism. It will also be interesting to see whether the hybrid optical air injection technique can be successfully applied to stems and roots, which can also be assessed using the optical technique (see Brodribb et al., 2017; Rodriguez-Dominguez et al., 2018). Doing so will enable us to investigate whole plant vulnerability to embolism to gain better insight into whether certain tissues are more vulnerable to embolism than others and identify potential weak points in the hydraulic transport system. Already it appears that there are differences in vulnerability between leaves and stems, with leaves being more vulnerable than stems in Quercus rubra (Fig. 1).

Crombie DS, Hipkins MF, Milburn JA. (1985) Gas penetration of pit membranes in the xylem of Rhododendron as the cause of acoustically detectable sap cavitation. Australian Journal of Plant Physiology 12, 445–53. 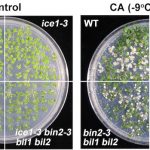 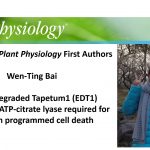