Prof. Raymond E Zielinski is an emeritus professor with the department of plant biology at the University of Illinois, Urbana-Champaign (UIUC). He did his Ph.D. from Rutgers University and then pursued his post-doctorate from the University of Maryland. Prof. Zielinski has been at UIUC since 1984. He is interested in studying how plants respond to specific stimuli by using the secondary messengers, the calcium signals. “I mean it’s complex and even more so, but it’s part of the fabric of signaling for virtually everything”, he says. He is also interested in the regulation of gene expression of calmodulin, the calcium-binding proteins, in Arabidopsis thaliana.

“You know it’s not an isolated response because we understand what most of the players are. It’s figuring out the physiology and how all of this integrates in with the rest of the cellular network. This is what needs to be done now. So, I think it’s still an exciting time to be in”, says Prof. Zielinski. In this reflective and informational interview, Prof. Zielinski talks about his motivations, reflects on the advancement in plant biology and comments on the skills needed to be successful as a young scientist.

You can read more about his work here.

What motivated you to be in plant science?

I grew up in a family of avid gardeners. Both my parents were vegetable gardeners. It seemed like a logical thing at the time. I drifted away for a while but enjoyed the plant courses taught by a professor at college, who got me interested in plant science again.

Do you think the skills needed to enter academia have changed over the years?

As technology changes, the required skills for your research will change too. But I guess it was already recognized that you need varied skills to tackle an issue using different approaches. The photosynthetic research group at UIUC is one such example as it uses people trained to be physicists, chemists, and even ecologists, who all bring their expertise to answer a particular research question. And so, I don’t think that part of the equation has changed, but the variables with the techniques you could use, have evolved. And that’s just the way it will be as technology improves.

It is also important to understand how to work in larger groups. Because for better or for worse, universities still want to know what you have done, and they want to have ways to identify that. The tricky part is that sometimes you have to collaborate to get a research project going. And so, have knowledgeable advocates for your case for tenure time. And I think it’s important for outside colleagues to know what you do too. So, talk to people and take advantage of any opportunity you have to talk at seminars, national meetings, and even regional meetings.

Other than networking, what advice would you give to early career researchers with the way the field is changing?

Don’t get locked into one particular area. Be an avid reader of things just because they sound interesting. If you think about it a little, there may be a vague connection to the problems you are interested in, so you can think of a novel way to do what you are doing. ‘Reading broadly’ hasn’t changed much. It is a difficult habit to build because when you’re first starting off, it’s easy to develop tunnel vision and focus on the work you are doing. You can’t read all of the recorded history of science but as much as you can add on to that, it’s good.

I can remember my graduate student advisor – my great advisor – scolding me because I skipped a seminar one day! And it was a great advice – seminars are a cheap way to get educated. You can learn something interesting with only a little effort while someone else is presenting. If you find their work interesting, you can dig deeper into it. It’s an easy way to get an introduction without you having to do a lot of pick and shovel work yourself to unearth that area, and you never know what interesting thing will come along that you may use in your work.

What has been the most challenging aspect of your research?

I don’t think there is any one that stands out, but we talked about networking and it’s important. Being a scientist is an interactive business of making contacts, networking and meeting people. As an introvert the biggest challenge for me was meeting people and talking to them the first time. By the next meeting I was comfortable talking to them and would even look for them. It’s not hopeless if you aren’t much of an outgoing person, but you have to work at it and it’s a skill. It’s something you can do well when you practice, relax and realize that they’re people too. They’re there because they’re science nerds too. You get better at it and you can talk about science!

I hated this as a grad student, but I realized how helpful it was. My great advisor – he knew everybody, and everybody knew him. And he would take you up, introduce you to somebody, and exit quickly leaving you with this person. I tried to introduce my grad students and post-docs to people I knew so they could start to build a network. And it’s a crucial thing to do.

Back to the challenges then. In this field, there is so much integration with everything else, that you can spread off in ten directions at one time and not make a whole lot of progress. You need to have a balance between keeping up with your research and being productive. The university has certain expectations of you and most people also want to have a family. How do you keep that stuff in balance? That’s hugely important – yeah both my kids still talk to me so I’m happy about that. I’m still married to the same woman so that’s been good! Universities had this old model about faculty as life centers of the institution. Any professional field faces these challenges. If you’re an investment banker, you’ll feel your world revolves around that bank. it’s not any different. Being able to extract yourself and have that normal balance of work and family is tough. I’ve been lucky to be surrounded by some extremely understanding family.

Science and technology have changed a lot since you started. Are there any issues that the upcoming generations of researchers, graduate students and early faculty career researchers, should look out for doing well in this field?

Science outreach in biology touches so many lives and has the potential to do a lot of things. ASPB is focusing on this too! There is a lot of controversy surrounding transgenic plants, and this body of knowledge that’s saying the climate is changing. It’s important to communicate that in a meaningful and productive way with people outside the field. I volunteered to correct some misconceptions online about transgenic plants, for example, and I’m shocked at how people can scold you in ways that are just irrational, or they tell you that don’t know what you’re talking about! You can’t take it personally. You need to be determined to stick with it to some extent.

I’ll get amped up at something in the popular press, read and participate, and it’s very discouraging to see this behavior but you have to do it. This field has such wide-reaching implications that the big challenge now is to communicate that what you’re doing is not sinister and might even be incredibly helpful. You have a vested interest in this because you want to make sure that the science as a process, is done in the right way. So, there is a need for some level of trust between the general community and scientists. And that I think is the key. Again, human interaction is way tougher than doing science, specifically when people are protected by anonymity.

How do you see the field of biology changing in the next 5 to 10 years?

Well, the field of biology will continue to evolve and be more interactive. It will involve larger groups. If you think of any problem from molecular level up to environmental, you can’t do anything in isolation. We are all trying to put things in a bigger context, and I think the trend will continue. Even if you don’t know the details of how to do something at the next level of organization, it will be important to appreciate and understand some of that language for communicating with experts at those next levels. Your colleague can help relate back to you what they can do to broaden that project. In plant biology, the 2010 project was one of the small-ish groups and that was thought to be big science! I think the trend will be bigger science and bigger groups. Money is the driver of things and I don’t see funding for science changing drastically in the next number of years. How to do a more efficient job with what we have will be the name of the game. So, working efficiently and smarter–it’s going to be key.

What still motivates you to do the science?

I am at the absolute cusp of complete retirement. I have a few questions I’d like to answer for my personal gratification. The taxpayer’s money launched some of this stuff, so they deserve a little payout at the end of this too. The thing I fear about retirement is going cold turkey. I am looking for opportunities to have fun and learn something new, and still feel like I am doing something good for science. My current idea for a pet project is to completely shift and do something in wolf and coyote rescue. My wife and I are keen on this idea. We are retiring to an area where that’s a possibility and they are always looking for volunteers and they do educational outreach. So that would be a chance to do something completely different while still learning a lot. It’s interesting and has to do with biology on a bigger picture than what I do. Well, 34 years of doing this – a new set of things would be a lot more fun!

I am sure everybody must feel to some extent that ‘Wow when I started, this was prehistory’. I was an undergraduate when the first recombinant DNA experiment was done. So, I feel like my entire academic career from the beginning in college, has kind of tracked this whole business of recombinant DNA – what can we do with it, not just gene structure, but now what can we do to use them as tools? You couldn’t ask for anything more in a career. I mean it’s like living in the golden age of physics, this was the dawn of all the stuff you could do in biology that people can only imagine. It doesn’t get any better than that, so what can you say. So, take the ball and keep it moving – it’s been fun! 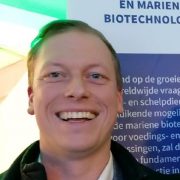 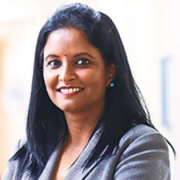