Background: Sweet potato is an economically important root and tuber crop that is widely used as an industrial and bioenergy resource worldwide and as an important source of food for both humans and domesticated animals. However, the quality and production of sweet potato are severely threatened by Fusarium wilt disease caused by a hemibiotrophic fungus (abbreviated as Fob), which causes vascular dysfunction in over 100 plant species. Jasmonic acid (JA), a stress-related hormone in plants, plays an essential role in plant defense responses against pathogens. Various transcription factors are involved in regulating JA-responsive gene expression. B-box (BBX) proteins mediate transcriptional regulation and protein–protein interactions during multiple plant growth and developmental processes. However, whether BBX proteins function in plant defense responses remains unclear.

Question: Are BBX proteins involved in regulating Fusarium wilt resistance in sweet potato? If so, what are the underlying mechanisms?

Next steps: In future research, the mechanisms underlying Fob infection and IbBBX24-regulated JA biosynthesis and storage root yield in sweet potato need to be investigated. Moreover, the utilization of IbBBX24 for enhancing disease resistance and yield in sweet potato could be an important task for geneticists and breeders. 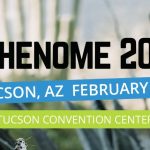 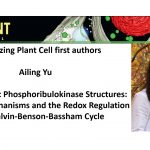