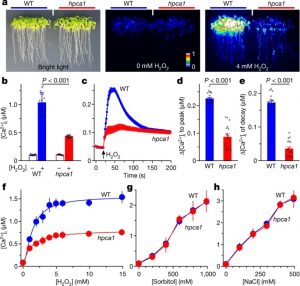 Hydrogen peroxide (H2O2) is an important signal involved in diverse stress responses both intracellularly and extracellularly, but until now it hasn’t been clear how the plant recognizes it. Wu et al. used a genetic screen to search for plants that fail to produce a calcium influx response in the presence of extracellular H2O2 (eH2O2) and identified a cell-surface, leucine-rich-repeat (LRR) receptor kinase that they named HPCA1 (Hydrogen-Peroxide-induced Ca2+ increases). Interestingly, the extracellular domain contains two pairs of Cys residues that appear to form disulfide bonds in the presence of eH2O2, resulting in an activation of the HPCA1 kinase activity. In hpca1 mutants, stomatal closure is impaired as is the calcium response to eH2O2. This study not only shows an interesting new signal receptor, but also, as the authors observe, “can provide potential molecular genetic targets for engineering crops with enhanced fitness and better yield under abiotic and biotic stresses.” (Summary by Mary Williams)  Nature  10.1038/s41586-020-2032-3
[altmetric doi=”10.1038/s41586-020-2032-3″ details=”right” float=”right”] 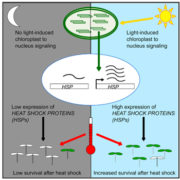 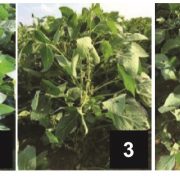 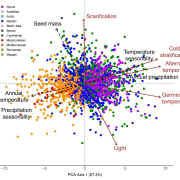 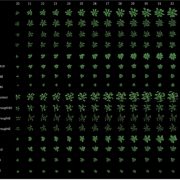 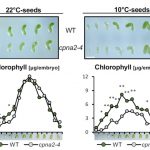 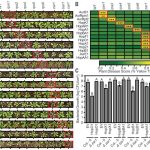