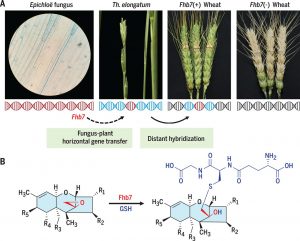 Mycotoxins are fungal toxins with harmful health effects on humans and other animals. Fusarium head blight is a fungal disease of wheat inflorescences that can contaminate the grain and harm its consumers. Previously, Fhb7 was identified in the wheat relative Thinopyrum elongatum as a quantitative trait locus that confers resistance to Fusarium species. Here, Wang et al. cloned Fhb7. They found that this gene shows little homology to plant genes, but high homology to some fungal genes. The authors surmise that it found its way into the plant genome through horizontal gene transfer from an endophytic, often mutualistic, Epichloë fungus, some of which bioprotect against pathogenic fungi. The authors also showed that Fhb7 encodes a glutathione S-transferase that can enzymatically detoxify the fungal toxin, which is the basis for the plant’s resistance to the pathogenic fungus. Introduction of the Fhb7 gene into diverse wheat cultivars confers resistance without yield penalty. (Summary by Mary Williams @PlantTeaching) Science 10.1126/science.aba5435. See also this Perspective in the same issue by Wulff and Jones 10.1126/science.abb9991
[altmetric doi=”10.1126/science.abb9991″ details=”right” float=”right”] 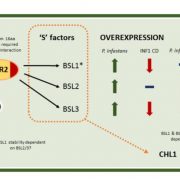 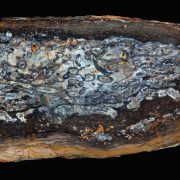 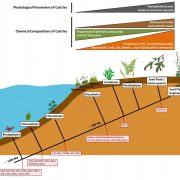 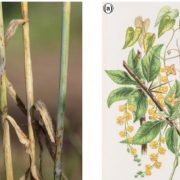 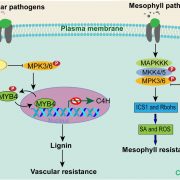 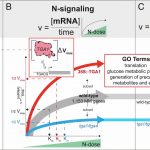 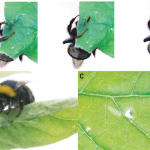