Positive-strand (+)RNA viruses account for the majority of plant viruses. Apart from their significant impact on worldwide agriculture, they also inform our understanding of basic virus biology (Scholthof et al., 2011). Upon entry into the cells of their host, (+)RNA viruses induce drastic rearrangements of host organellar membranes including peroxisomes, mitochondria, chloroplasts, vacuole, Golgi, endosomes, and endoplasmic reticulum (ER) to form viral replication complexes. These “viral factories” are thought to protect the virus from host cell defenses and concentrate viral proteins necessary for replication (Laliberte and Zheng, 2014). With development of more sophisticated tools for investigating basic plant cell biology, we are gaining a better understanding of how host cell factors contribute to viral replication and systemic spread.

Turnip mosaic virus (TuMV) belongs to the Potyvirus family of (+)RNA viruses, and forms its viral replication complexes from ER membranes. Viral vesicles initially bud from the ER at ER exit sites (Wei and Wang, 2008), a process involving the COPII coatomer, which normally facilitates vesicle trafficking from the ER to Golgi (Jiang et al., 2015). Viral vesicle maturation is characterized by fusion and aggregation of proliferated membranes into single- and double- enveloped vesicles, and eventually viral multivesicular bodies. At late stages of infection, these membranes are congregated around the nucleus, and also contain Golgi and chloroplasts (Grangeon et al., 2013). Most previous studies have focused on how TuMV viral vesicles initially form from the ER; however, it is unclear what host cell factors may be involved in ER-derived vesicle maturation, which is critical for cell-to-cell movement of the virus (Grangeon et al., 2013; Wan et al., 2015).

In this issue of Plant Physiology, Movahed et al. (2018) examine the TuMV–Arabidopsis thaliana interaction and uncover an important role for the host cell protein ROOT HAIR DEFECTIVE 3 (RHD3) in the formation and maturation of viral replication vesicles. RHD3 is a member of the dynamin-like atlastin GTPase family and is involved in ER membrane fusion and ER tubule morphology, which as the authors point out, make it an attractive candidate for ER membrane remodeling during TuMV infection (Chen et al., 2011; Stefano et al., 2012). Using Arabidopsis as a host, the authors used agroinfiltration to introduce an infectious cDNA version of TuMV that, once integrated into the host genome, is transcribed and replicates in the cytosol. Leaves of wild type (WT) and rhd3 knockout mutants were agroinfiltrated with TuMV, and infection was monitored at the site of primary infection and in upper non-inoculated leaves – an indicator of systemic spread of the virus. The disease symptoms and virus levels were attenuated in rhd3 mutants relative to WT plants, supporting a role for RHD3 in TuMV infection.

To understand cell-to-cell movement of the virus, Mohaved et al. used a clever strategy employing an infectious TuMV clone that included the 6K2 viral protein (required for ER membrane re-organization by the virus) (Beauchemin et al., 2007) fused to mCherry, as well as the ER marker GFP-HDEL. Transformation with both fluorescent protein markers allowed the researchers to visualize viral vesicles in primary infected cells, which express both 6K2-mCherry and GFP-HDEL, as well as virus movement to surrounding untransformed cells marked by the 6K2-mCherry signal only. Using this approach, the authors showed that in the rhd3 mutant, virus levels in both primary infected cells and surrounding cells was significantly lower compared to WT, and that movement to surrounding cells was delayed in the rhd3 mutant background.

Given that RHD3 is an ER protein, the authors investigated the morphology and number of ER-derived replication vesicles in the rhd3 mutant. During normal infection, small viral vesicles (<2 um) form at early stages, followed by formation of larger ring-shaped vesicles. Eventually, the small vesicles and ring-shaped vesicles aggregate, resulting in highly fused membranous structures (Wan et al., 2015). In the rhd3 mutant, maturation of viral vesicles was perturbed, with a significant reduction in the proportion of larger, aggregated ring-shaped vesicles. Using electron microscopy, the authors further showed that while the rhd3 mutant possesses vesicles and ER-derived structures with similar morphologies to those found in WT cells, later stages of vesicle maturation – for example, viral multivesicular bodies – were much less abundant in rhd3.

How does TuMV exploit RHD3 for vesicle formation and maturation during infection? As mentioned above, in uninfected cells RHD3 is involved in ER membrane morphology/tubule fusion. The authors therefore hypothesized that the TuMV viral protein 6K2, which is necessary for formation of viral replication vesicles (Beauchemin et al., 2007), may interact directly with RHD3, recruiting it to replication vesicles. Using a split-ubiquitin yeast-two-hybrid assay and bimolecular fluorescence complementation (BiFC), the authors showed that 6K2 interacts directly with RHD3. Moreover, in infected Arabidopsis, RHD3 co-localized with 6K2 at viral vesicles, mainly at larger aggregated ring-shaped vesicles that are a hallmark of late stages of vesicle maturation, consistent with a reduction of the same structures in the rhd3 mutant. Using a Golgi mis-localized mutant of 6K2, they showed that co-localization is dependent on proper targeting of 6K2 to the ER.

This study provides important insight into how ER membranes can be manipulated by (+)RNA viruses using host cell factors for formation of viral replication complexes and intercellular movement. The authors noted that the loss of RHD3 had relatively mild inhibitory effects on systemic spread of the virus, indicating that more host factors involved in ER membrane dynamics may also be exploited by the virus for viral vesicle fusion and maturation. Future studies aimed at uncovering other ER membrane biogenesis factors will likely reveal additional players important for vesicle maturation. This work is an exciting example of the valuable insights into viral replication that exist at the interface between virology and basic plant cell biology.

Beauchemin C, Boutet N, Laliberte JF (2007) Visualization of the interaction between the precursors of VPg, the viral protein linked to the genome of turnip mosaic virus, and the translation eukaryotic initiation factor iso 4E in Planta. J Virol 81: 775-782

Stefano G, Renna L, Moss T, McNew JA, Brandizzi F (2012) In Arabidopsis, the spatial and dynamic organization of the endoplasmic reticulum and Golgi apparatus is influenced by the integrity of the C-terminal domain of RHD3, a non-essential GTPase. Plant J 69: 957-966 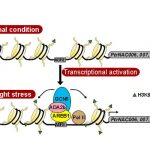 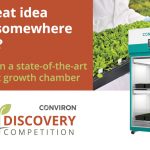