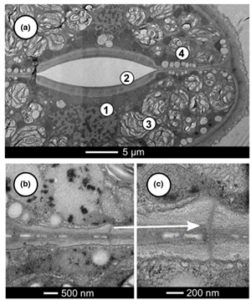 Potassium (K+) and calcium (Ca2+) ions are important for stomatal function in seed plants,  however little is known about the contributions of these ions in the stomata of bryophytes and early-branching vascular plants. Voss et al. focus on how fern stomata regulate ion transport. Injection of K+ into guard cells (GC) activated outward ion channels, similar to what is seen in Arabidopsis. Voltage pulses preferentially activated Ca2+ release from sources closest to the microelectrode, triggering a rise in cytosolic Ca2+ levels. Interestingly, a fluorescent Ca2+ reporter was seen to move from one impaled GC into the adjacent GC, thus identifying interconnectedness of the cytosol of the GCs. This diffusion was slow and limited, suggestive of plasmodesmata, whose presence were confirmed by electron microscopy. These plasmodesmata act differently than the cell wall gap connecting GC in grasses, which does allow for rapid exchange of fluorescent dyes. On the other hand, voltage-dependent ion channels appear similar amongst varying species (Summary by Alecia Biel) New Phytol. 10.1111/nph.15153. 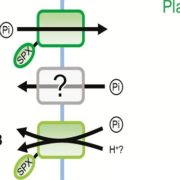 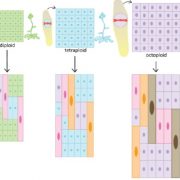 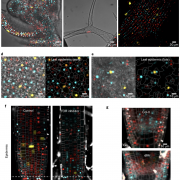 Emergence of N-hydroxy-pipecolic acid as a key long-distance immunity signal...