Plants have evolved many pattern recognition receptors (PRRs) that localize to the cell surface. As the frontline of defense, PRRs recognize invading pathogens and activate immune responses. Newly synthesized PRRs travel from the endoplasmatic reticulum via the Golgi apparatus and the trans-Golgi network/early endosome to their functional sites at the plasma membrane. When a plant is under pathogen attack, PRRs recognize the bacterial microbial/pathogen-associated molecular patterns and the plant damage-associated molecular patterns to initiate pattern-triggered immunity (Couto and Zipfel, 2016). For example, Arabidopsis (Arabidopsis thaliana) flagellin-sensitive 2 (FLS2) recognizes the bacterial flagellin peptide flg22 and forms a ligand-induced complex with its co-receptor BAK1 (BRASSINOSTEROID INSENSITIVE 1-ASSOCIATED KINASE 1) to activate an immune signaling response (Chinchilla et al., 2007). Following its binding to the ligand, the PRR complex is recovered from the plasma membrane by endocytosis. Thus, it is crucial for the cell to maintain the population of PRRs at the plasma membrane and, therefore, secretory traffic of these proteins. However, the mechanisms that direct PRR traffic to the plasma membrane sites where pathogens attack are largely unknown. 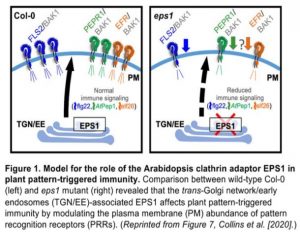 Vesicular traffic mediated by clathrin is one of the mechanisms by which plant cells add or remove membrane proteins (Ekanayake et al., 2019). Plant cells assemble clathrin-coated vesicles at the plasma membrane to transport ligand-activated PRRs via endocytosis trafficking for subsequent immune signaling initiation and amplification (Smith et al., 2014; Mbengue et al., 2016). Adaptor proteins interact with cargo immune proteins and recruit the coat protein clathrin and other accessory proteins during vesicle formation. EPSIN1 (EPS1), belongs to a family of proteins with an epsin N-terminal homology domain and is a clathrin adaptor that localizes to the trans-Golgi network/early endosome; its main function is to facilitate clathrin-coated vesicle formation (Song et al., 2006). Although clathrin-mediated endocytosis is well established and is common to the trafficking of ligand-activated PRRs, whether a similar process also contributes to PRR trafficking from the trans-Golgi network/early endosome to the plasma membrane has been an open question.

In this issue of Plant Physiology, Collins et al. (2020) show that Arabidopsis EPS1 acts as a positive modulator of FLS2 trafficking that leads to its accumulation at the plasma membrane for immunity against bacterial Pseudomonas syringae (Figure 1) (Collins et al., 2020). The authors applied combined immune assays, live-cell imaging, biochemical fractionation, and quantitative proteomics to explore EPS1 traffic and its role in plant immunity. By comparing bacterial growth on wild type Col-0 and two mutants, the EPS1 knockdown eps1-1 and the knockout eps1-2, they found that impairing EPS1 function resulted in susceptibility to the pathogenic strain Pto DC3000. They also observed that immunity was compromised when challenging the mutants with a flagellated strain Pto DC3000 hrcC that elicits immune signaling but fails to suppress pattern-triggered immunity. Such evidence shows that EPS1 is required for pattern-triggered immunity against bacterial infection in Arabidopsis.

To understand the defects in immunity at the molecular level, the group quantified the transcripts of marker genes in the flg22-signaling network by qRT-PCR. They focused on three downstream flg22-signaling pathways, including PHOSPHATE-INDUCIBLE1 (, FLG22-INDUCED RECEPTOR-LIKE KINASE 1 (FRK1), two WRKY transcription factor genes that play roles in mitogen-activated kinase pathways, and PATHOGENESIS RELATED 1 (PR1), which functions late in the salicylic acid pathway (Chinchilla et al., 2007). After flg22 elicitation, the loss of EPS1 resulted in reduced transcript levels of all of these genes and impaired ROS production. Using the same strategy, the group confirmed that the loss of EPS1 also impaired two additional immune responses. They found reductions in elf26-signaling and AtPep1-signaling that are triggered by the bacterial pathogen-associated and the plant damage-associated respectively (Zipfel et al., 2006; Krol et al., 2010).

In conclusion, Collins et al. (2020) show that the Arabidopsis clathrin adaptor EPS1 contributes to immunity against bacterial infection by modulating the plasma membrane abundance of PRRs (Figure 1). This study provides insight into how membrane trafficking machinery at the trans-Golgi network/early endosome affects plant immunity. Future work should clarify whether the same trafficking pathway can sort and transport other immune receptors to the plasma membrane. 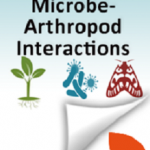 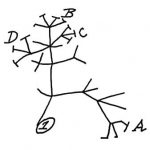