Reactive oxygen species (ROS) production is a common early response to biotic or abiotic stresses. While an important messenger in both plants and animals, unrestricted accumulation of ROS has deleterious consequences such as cell death. Thus, the production of ROS is tightly controlled. A main component of extracellular ROS production is the evolutionarily conserved NADPH oxidase (NOX) family. NOX-dependent ROS production is involved in regulation of immune responses, cell growth, and apoptosis in animals and plants (Kimura et al., 2017; Waszczak et al., 2018). Plant NOXs, known as respiratory burst oxidase homologs (RBOHs), contain six transmembrane helices, a C-terminal FAD- and NADPH- binding domain, and an N-terminal Ca2+-binding EF hand. While previous evidence has suggested a predominant role for N-terminal phosphorylation of RBOHs, phosphorylation at the C-terminus of human NOXs is important for regulating ROS production (Raad et al., 2008). It has been unclear, however, whether the C-termini of plant RBOHs can also be a target for phosphorylation.

Extracellular RBOH-dependent ROS production is triggered by the activation of receptor-like protein kinases (RLKs). A large group of RLKs in plants are the cysteine-rich RLKs (CRKs), which are important signaling components in plant development and perception of biotic and abiotic stresses. A new study by Kimura et al. (2020) has found that CRK2 forms a pre-activation complex with RBOHD in Arabidopsis and, importantly, phosphorylates the C-terminus of RBOHD in vivo to regulate ROS production. 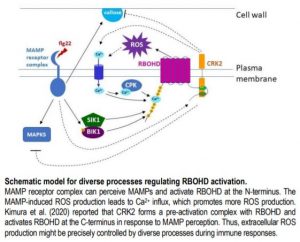 The authors first showed that CRK2 and its kinase activity is important for proper plant growth. Next, the authors tested the role of CRK2 in regulating ROS production and immune responses. Mutant crk2 plants had reduced ROS production triggered by the microbe-associated molecular pattern (MAMP) flg22. The crk2 mutant was also more susceptible to the bacterial pathogen Pseudomonas syringae. Other MAMP-triggered responses, such as stomatal closure, Ca2+ influx, MAPK gene activation, and early callose deposition were also altered in crk2.

CRK2 interacted with several RBOHs in vitro, while in vivo RBOHD co-immunoprecipitated with CRK2 with or without flg22 treatment, suggesting that CRK2 pre-associates with RBOHD independent of flg22 perception. This is in contrast to many other RLKs that only form complexes in response to ligand binding.

The phospho-sites in the RBOHD C-terminus displayed strong conservation throughout the entire plant RBOH clade and even in human NOX2 and NOX5, suggesting strong evolutionary constraints to preserve the functions of phosphorylation at the C-terminus.

Based on these results, the authors propose that regulating NADPH oxidase activity by phosphorylation at the C-terminus might be an ancient mechanism, which coordinates with other mechanisms targeting the N-terminus (see Figure). The diverse processes that activate RBOHs indicate a complex network strictly controlling ROS production and its signaling function. 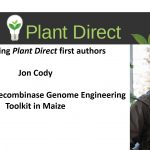 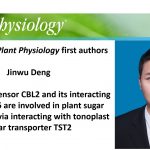