Burying one’s head in the sand is usually synonymous with avoiding an issue, but in this volume of Plant Physiology Colombi et al. (2019) delve belowground to tackle an important topic in the ongoing quest to improve crop productivity. Colombi et al. investigate root traits in wheat (Triticum aestivum) that have the potential to reduce the energetic costs associated with root growth and are under genetic control. Their study is timely considering that much of the focus of trait selection in wheat has been trained upon aboveground traits (e.g., decreased stature; Calderini et al. 1995). However, to meet the food demands of the twenty-first century, plant scientists must also focus their attention belowground. Future challenges in crop sciences involve optimizing plant growth systems amidst a background of demands of altered substrate and growing conditions. As soils dry out or become compacted under heavy agricultural machinery, root growth rates tend to decrease (Bengough and Mullins 1991; Bengough et al. 2011) and plants are required to invest more carbon belowground. This can have negative impacts on plant growth and output, so identifying the traits that reduce energy costs associated with root elongation is critical.

Identifying the traits that are potential targets of selection is a challenging task. It requires distilling the many traits (e.g. root hair growth rates, root cortical cell thickness, root tip angle; see also Lynch and Wojciechowski 2015 for several other examples) to a handful of those that might be under selection. Furthermore, often the genetic basis and/or hereditability of these traits is not known, and some traits are aggregate traits composed of multiple elemental traits (e.g. root size). Although aggregate traits can provide a way to identify elemental traits and are important in instances where the phenotype is polygenic or where the aggregate trait is under selection, elemental traits are often desirable as they exert a more direct influence on physiology and are under simpler genetic control. 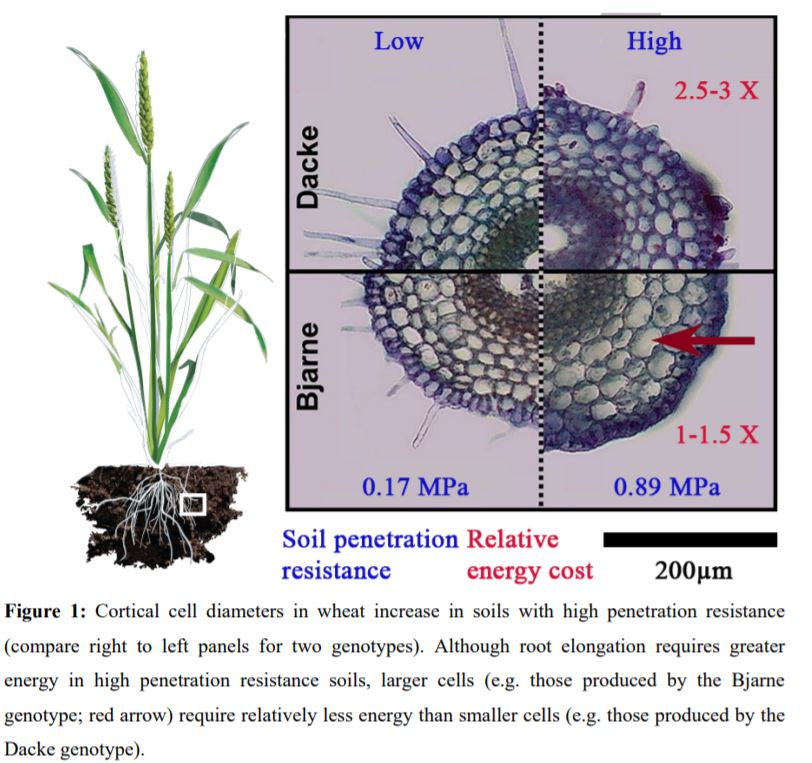 The evolution of root systems that enable plants to forage their environment for nutrients and water and anchor themselves tightly in the soil substrate was key in allowing vascular plants to drastically transform the land surface of our planet. To meet future challenges in crop sciences it is essential to gain an improved understanding of the traits that underlie plant performance and tolerance of abiotic stress (including their genetic basis, regulation pathways and physiological impacts) and Colombi et al. (2019) is an excellent example of the type of study that may be required. However, it remains to be seen whether manipulating belowground traits, such as root cortical cell size, can match the tremendous gains in crop yields over the twentieth century driven by manipulation of the aboveground parts of the plant (see Calderini et al. 1995). One remaining question is what impact increased cortical cell size has on other root properties, including root hydraulics and nutrient uptake. Specific traits may deliver benefits under some circumstances but not others and clearly much remains to be learnt about the optimization of roots for resource capture. Yet, at least in this instance we have seen further by sticking our head in the sand.

Lynch JP and Wojciechowski T (2015) Opportunities and challenges in the subsoil: pathways to deeper rooted crops. Journal of Experimental Botany 66, 2199–2210.

Down the Rabbit Hole: The Hidden World of Gene Regulation Within the Nucleu... 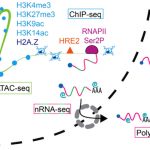 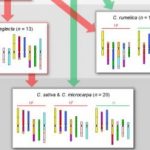 Camelina: A History of Polyploidy, Chromosome Shattering, and Recovery
Scroll to top