Brassinosteroids (BRs) have come a long way since their first identification in 1979 as pollen-derived, growth-promoting hormones. Multiple studies have demonstrated roles for BRs in the control of cell elongation, pollen fertility, root architecture, seed germination, stomatal patterning, vascular development, seed germination and flowering (Yang et al., 2011). In recent years, additional roles for BRs have emerged, particularly relating to stress tolerance. In Arabidopsis thaliana, there is mounting evidence that BRs are key regulators in the response to environmental stress. For example, Arabidopsis plants that lack BR signalling components are more susceptible to high temperature, cold temperature and freezing stress. They also show altered susceptibility to salt and drought. In this issue of Plant Physiology, a team of researchers from the Zhao-Shi Xua and You-Zhi Ma labs (with Xiao-Yu Cui and Yuan Gao as first authors) show that a BR-activated transcription factor promotes the survival of bread wheat (Triticum aestivum L.) under water stress (Cui et al 2019)

They began by examining previous transcriptomics data on drought and BR treated plants and identified a gene that was strongly upregulated by both treatments. Due to its sequence similarity to the arabidopsis BZR1/BES1 family of transcription factors (TFs), they designated the wheat gene as TaBZR2. TaBZR2 appears to function in a similar manner as the Arabidopsis transcription factor AtBZR1: BR promotes both the de-phosphorylation and nuclear accumulation of TaBZR2. Interestingly, drought has very similar effects on TaBZR2 phospho-status and localisation. The team therefore decided to investigate the function of TaBZR2 under water-limited conditions.

By constructing over-expressor (OX) and RNAi lines, they found that TaBZR2 is a positive regulator of wheat water stress survival. Interestingly the group noted that the roots of drought-treated TaBZR2-OXs plant accumulated lower levels of reactive oxygen species (ROS) than the wild type. Through RNA-seq analysis of their OX lines they saw that the expression of TaGST1 is strongly induced under drought and as TaGST1 is thought to encode a ROS scavenging enzyme, it was selected for further analysis. The group found that TaBZR2 binds directly to the TaGST1 promoter and that TaGST1-OX lines also show lower levels of super oxide anion production and better protection against drought. The authors conclude that BR signalling plays an important role in regulating drought tolerance in wheat and they propose that this is achieved in-part through TaBZR2-mediated increases in TaGST1 expression and an associated decrease in oxygen free-radicals.

The study presented by Cui et al provides a neat mechanism for how BR promotes drought tolerance in wheat, but it also highlights an important question. The role of BR in the control of cell elongation seems to be at odds with its role in stress tolerance. The authors show that BR application to the roots results in a dramatic increase in the root: shoot ratio, whereas drought generally has the opposite effect. If BR signalling is enhanced in the roots under drought, why don’t drought treatments result in short roots? There are several possible explanations for this apparent contradiction. Firstly, BZR1/BES1 TFs often function as heterodimers with other TFs. Recently it was shown that BES1 DNA-motif recognition is dependent on its interaction partner (Martínez et al., 2018). As many BZR1/BES1-interacting TFs are regulated by environmental conditions, the effect of BR application may depend on the environmental context.

Another possibility is that drought has tissue-specific effects on BR-signalling. This view is bolstered by a recent finding in Arabidopsis: plants lacking the ubiquitous BR receptor BRI1 exhibit enhanced drought tolerance but intriguingly the same is true of plants that over-accumulate the vascular enriched BR receptor, BRL3 (Fàbregas et al., 2018). These interaction-partner and tissue-specificity hypotheses are not mutually-exclusive, and both could play a role ensuring that only a subset of BR-signalling responses occur under drought.

What is clear is that plants use brassinosteroids to protect themselves when presented with sub-optimal conditions. Interestingly, animals also release steroid hormones (corticosteroids) when under stress. As the BR signalling pathway evolved in plants around the emergence of angiosperms (Wang et al., 2015), these two pathways are unlikely to derive from a common ancestor and so this appears to be a striking case of convergent evolution between these two kingdoms of life. 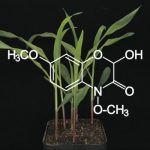 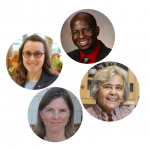 How to be an effective mentor
Scroll to top