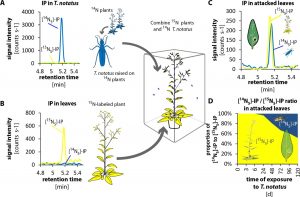 Endophytic insects, which spend much of their life inside of plant tissues (e.g., leaf miners and gall-forming insects) are well-known for manipulating plant host physiology to their advantage, unlike free living herbivore insects whose game plan relies on their ability to move and find the most nutritious part of the plant or the less defended one. However, in this article Brütting et al. report that when the free living mirid (a large family of sap-sucking bugs) Tupiocoris notatus is feeding on Nicotiana attenuata leaves, nutrient levels remain stable and cytokinin levels rise despite tissue damage produced by the insect. Through 15N-labeling experiments the authors find that the mirid transfers IP (a form of cytokinin) to its host plant most likely through salivary secretion. Increasing the amount of cytokinin in the leaf changes the source/sink relationship relocating nutrients for the insect to feed on. This opens the possibility of finding other similar cases that combine both lifestyles and shows the complexity of plant-herbivore interactions. (Summary by Mariana Antonietti) eLIFE 10.7554/eLife.36268.001 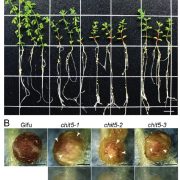 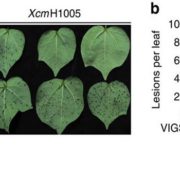 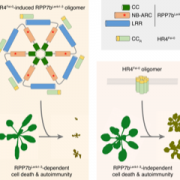 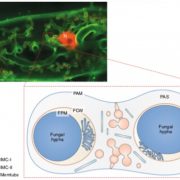 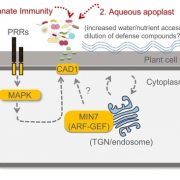 Carbon storage and land-use strategies in agricultural landscapes across three...