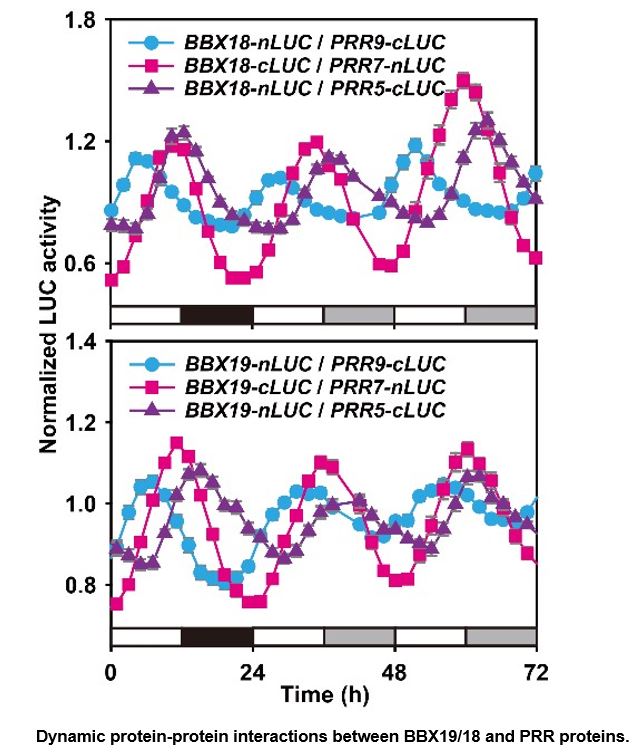 Background: Plants rely on the time-keeping mechanism of the circadian clock to perceive the cyclic changes of environmental signals. The circadian clock drives plant physiology, biochemistry, and gene expression to show a rhythmic oscillation for nearly 24 hours, keeping them synchronized with the timing factors in the day and night. A functional endogenous clock can improve the environmental adaptability of a plant. The core components of the Arabidopsis circadian clock form multiple feedback loops, but we know little about how they finely regulate the 24-h rhythms. Among them, PRR9, PRR7, and PRR5, are expressed sequentially from early morning to afternoon, and they inhibit the expression of transcription factors of the circadian clock during the day.

Question: We want to know how PRR9, PRR7, and PRR5 proteins inhibit the expression of their target clock genes. We tested if there are members in the zinc-finger protein family, including BBX group IV proteins, that interact with PRRs; the protein complexes constituted are involved in the regulation of clock gene expression.

Findings: We found that overexpressing BBX19 and BBX18 significantly lengthened the circadian period, while lack of BBX19 accelerated the circadian speed. BBX19 and BBX18 proteins are expressed during the daytime. In addition, we discovered that BBX19 interacted with PRR9, PRR7, and PRR5 proteins in the cell nucleus in precise temporal ordering from dawn to dusk. Transcriptomic, biochemistry and genetic analyses supported the view that PRRs and BBX19 jointly regulate the expression of clock genes in the early morning. Our data demonstrated the inhibitory effects of BBX19 on the diel expression of CCA1, LHY, and RVE8 through forming a complex with PRRs.

Next steps: While analyzing the composition of the biological clock in Arabidopsis, scientists also hope to improve the regional adaptability of crops. Our work has revealed new components of the Arabidopsis clock, and the BBX19-PRR complexes exhibited 24-h rhythms in an order throughout the daytime. The findings will lead us to continue to explore the physiological functions of the oscillators and the molecular architecture of clock in crops. 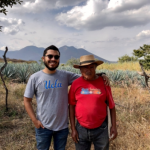 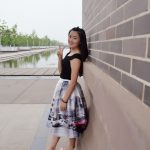