Background: Early seed development and grain filling in maize are two tightly linked developmental stages. The spatial and temporal regulation of the two stages requires the concerted action of several signaling pathways that integrate information from genetic programs, and both hormonal and metabolic signals. Our pioneering work identified a hub coordinator of maize seed development and grain filling, ZmABI19, that directly recognizes and transactivates the central regulator O2 and other critical TFs in the endosperm and Vp1 in the embryo. However, the overall picture of the regulatory networks involved in these processes is far from complete.

Question: Besides ZmABI19, are there more TFs required to coordinate early seed development and grain filling? What are the mechanisms to initiate grain filling by these TFs?

Findings: We report here that a basic leucine zipper TF, ZmbZIP29, with abundant expression during early endosperm development, interacts with ZmABI19 to regulate the central endosperm-filling regulator O2 gene, and their transactivation capacities are enhanced by ABA-induced phosphorylation. This work established a mechanistic framework in which ABA-mediated phosphorylation of two hub coordinators ZmABI19 and ZmbZIP29 by SnRK2.2 enhances gene transactivation for endosperm filling. 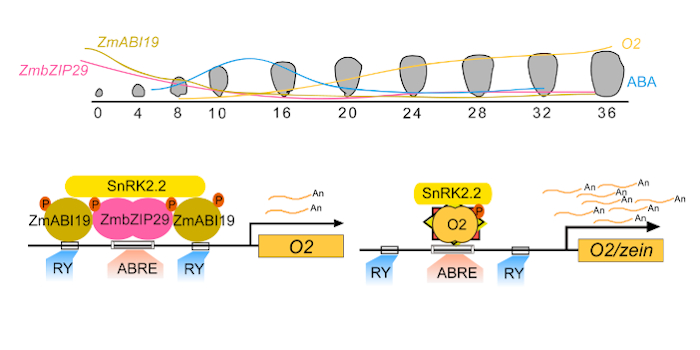 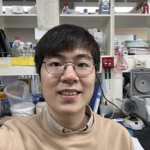 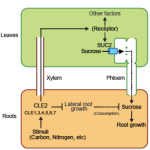