Background: Maize is among the most productive crop plants. Maize leaf mesophyll cells synthesize sucrose, the transport form of carbohydrates. Sucrose is then translocated from the mesophyll cells to the sieve-element companion cells for export to sink tissues in organs such as roots and developing seeds. Although three maize sucrose uniporters (SWEET13a, b, and c) were shown to be critical for leaf sucrose export, the complete source-to-sink route in maize is not fully understood. In barley, it appears that a subset of bundle sheath cells are specialized for translocating nutrients into the vein for export. Here, we used a combination of single-cell RNA sequencing and in situ hybridization to try to reconstruct the route in maize.

Next steps: Can we observe sucrose gradients in a maize leaf? Do these SWEET uniporters show polar localization in the plasma membrane facing the phloem? Is the pattern similar in the maize ancestor teosinte and in related species? How did this feature evolve, and could it be used to increase productivity of other crops? 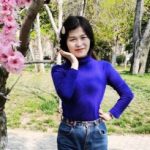 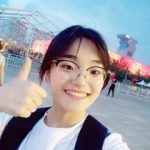