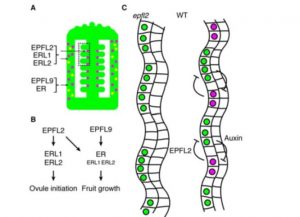 Plant peptide patterning is popping up everywhere! Now Kawamoto et al. show that a pair of peptides, interacting with receptor proteins, coordinates the placement of ovules in Arabidopsis. They started with a natural variation analysis, which highlighted that several varieties with mutations in the ERECTA gene (which encodes a LRR-receptor kinase) have high-ovule densities, which is revertible upon introduction of the wild-type ER gene. ERECTA and related LRR-receptors are known to bind peptide ligands. The authors found one, EPFL9 (also known as STOMAGEN) that is expressed in developing fruit and when knocked-down by RNAi leads to an increase in ovule density. The authors also identify a module involving ERECTA-Like proteins and another peptide as important in ovule patterning, and propose a model involving patterning through negative feedback with auxin. Finally, they note that a related peptide has been shown to control rice grain number and size, suggesting a universality of this mechanism. (Summary by Mary Williams) bioRxiv  10.1101/736439 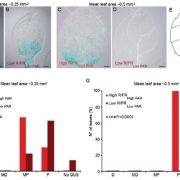 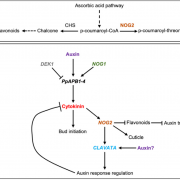 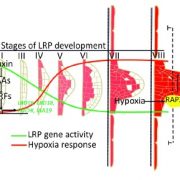 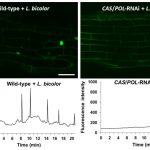 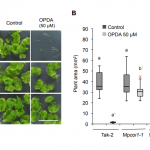