Background: Grain development depends on the efficient transport of nutrients from maternal to filial seed tissues. Sucrose is the most abundant form of photo-assimilate in long-distance phloem transport. Early work with maize indicated that a considerable portion of sucrose is hydrolyzed to hexose prior to entering newly forming seeds. However, much of this sucrose could also move directly into the endosperm without being hydrolyzed. To date, evidence supporting such a direct sucrose transporter has been lacking.

Question: Are there any transporters responsible for the direct uptake of sucrose in maize endosperms during grain filling? If so, how does this work?

Findings: We report here an unexpected transporter mediating direct sucrose transfer in maize. The causal gene for a defective kernel phenotype was identified as an NRT1/PTR-type transporter, which typically transports nitrate, peptides and ions. This protein demonstrated an additional capacity to transport both sucrose and glucose, thus representing a novel sugar transporter named SUGCAR (Sucrose and Glucose Carrier). Its activity was systematically verified by tracer-labelled sugar uptake and serial electrophysiological studies. Specifically expressed in the basal endosperm transfer layer, a loss-of-function mutation of ZmSUGCAR1 caused a marked decrease in sucrose and glucose and subsequent kernel shrinkage in maize. Notably, orthologues of ZmSUGCAR1 from wheat and sorghum displayed similar sugar transport activities, thus support the functional conservation of this transporter in closely-related cereal species. 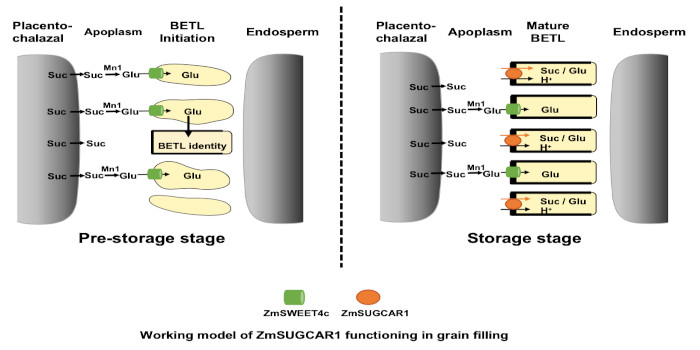 Next steps: Analyze the structure of ZmSUGCAR1 to identify the potential binding sites of different substrates. If possible, generate mutants affecting the transport of specific substrates to better dissect this multi-functional transporter. 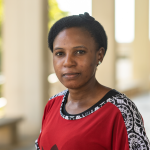 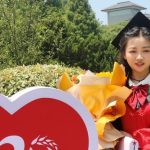