By Yang Li and Rongcheng Lin

Background: Light is one of the most important environmental factors affecting plant growth and developmental processes, such as photomorphogenesis. CONSTITUTIVE PHOTOMORPHOGENIC1 (COP1) is a central player in the light signaling pathway that targets several other proteins for degradation. Alternative splicing is a pivotal post-transcriptional process that may produce different protein variants and contributes to proteome diversity and gene regulation. Previous transcriptomic analysis indicated that light induces massive alternative splicing in plants. However, only a few splicing regulators involved in regulating light responses have been identified.

Question: We were interested in identifying new splicing factors that regulate photomorphogenesis and dissecting their underlying molecular mechanism.

Findings: We show that the RNA helicase UAP56 is a negative regulator of photomorphogenesis in Arabidopsis. UAP56 interacts with COP1 in vitro and in plant cells. RNA sequencing analysis revealed that UAP56 and COP1 co-regulate the expression levels of many genes as well as the splicing of many common pre-mRNAs. RNA immunoprecipitation assays demonstrated that UAP56 and COP1 bind to common small nuclear RNAs and target mRNAs. This study identified a role of UAP56 in regulating light-mediated seedling growth as well as a mechanism by which UAP56 and COP1 modulate pre-mRNA alternative splicing in plants.

Next steps: It would be of interest to determine how UAP56 and COP1 execute their overlapping and distinct roles and their relationship with phytochrome in regulating alternative splicing. 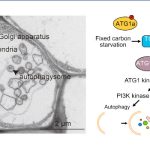 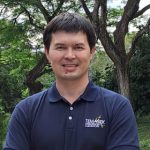