Just about anyone who visits an ocean beach considers the risk of shark attack. Images from movies and the news create the perception that sharks are a significant threat, and none of us are safe. However, the shark’s body count is nothing compared to the tiny mosquitos that carry malaria. Despite advances in medicine and hygiene, the World Health Organization still reported more than 200 million cases of malaria worldwide in 2017, claiming the lives of nearly 500,000 victims.

Malaria is caused by a single-celled organism that is transmitted to humans through the bites of female mosquitos. Most pharmaceutical methods of controlling this disease focus on killing the malaria pathogen itself. However, emerging research is returning to an old concept for a new hope in eliminating malaria.

Up until the mid-1900s, malaria and its host mosquito were prevalent in the United States. Rather than target the malaria pathogen itself, scientists focused their efforts on eliminating the mosquito carrier. Widespread use of DDT from 1947 to 1952 resulted in eradication of malaria-carrying mosquitos in the United States. However, as we probably all know, this story is far from a complete success. Unexpected side-effects of DDT wreaked havoc on the environment and, most notably, nearly drove the bald eagle to extinction.

Two valuable lessons can be drawn from this tale of DDT. (1) Targeting the host mosquito is an exceptionally effective method of eliminating malaria from a region. (2) To limit unexpected environmental side-effects, any method used must be highly specific and contained to only target malaria’s host mosquito.

That’s where gene editing comes in to play. Gene editing is carried out using a pair of molecular scissors called CRISPR/Cas-9 that locates a specific target DNA sequence, cuts it out, and stitches the DNA back up.

In the case of malaria, scientists from Imperial College London in the United Kingdom have created a CRISPR/Cas-9 system that targets the gene doublesex and successfully removes a portion of this gene from malaria-carrying mosquitos. This tiny deletion in the gene’s code effectively breaks the gene’s function.

In laboratory settings, male mosquitos who inherit either one or both copies of the altered doublesex gene are perfectly normal, fertile males. While heterozygous females (those that only inherit one altered gene copy) are still fertile, those that inherit two truncated doublesex copies (homozygous) are completely infertile and fail to produce offspring. This genetic engineering technique is known as “gene drive” and allows the altered doublesex gene to be passed through the population by heterozygous mosquitoes. Generation after generation, the altered gene is passed to more offspring until, eventually all of the females have two copies of altered doubesex and reproduction ceases in the population. In an experiment in Dr. Andrea Crisanti’s lab, a test population of 650 mosquitos were completely infertile in 7-11 generations. Assuming a typical mosquito generation lasts 14 days, this laboratory experiment showed eradication of the malaria carrying mosquito in five months.

This method is also promising for containment of the treatment to only mosquitos. This alteration to the gene doublesex is limited to only organisms that can breed with the target mosquitos of the Anopheles genus. Since cross-breeding is rare between organisms of widely different species, this genetically-induced infertility is unlikely to spread out of the Anopheles genus.

In this way, researchers in Dr. Andrea Crisanti’s lab at Imperial College London have created what may become the solution to halting malaria’s millennia-long global pandemic. While scientists are still investigating the ecological impacts of these self-limiting mosquitoes, this technique could substantially reduce reliance on chemical pesticides to control insect-borne diseases. Even more promising, the human health impacts of this gene-editing technique can be applied to other insect-borne diseases, like Zika or West Nile Virus, saving many lives around the world.

For more information, check out the original article by Kyrou et al. here. 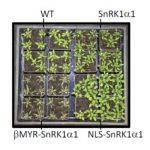 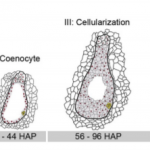