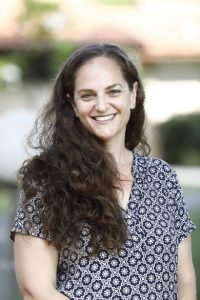 Yael Grunwald, co-first author of “Out of the blue: Phototropins of the leaf vascular bundle sheath mediate the regulation of leaf hydraulic conductance by blue light”

Education: PhD in Plant Physiology and MSc in Environmental Biology, both at the Faculty of Agriculture of the Hebrew University of Jerusalem (Rehovot, Israel), BSc in Life Sciences at the Tel Aviv University (Israel)

As a third-generation female biologist in my family, fascination with nature and how it works was always part of my life.  It was only natural that I study biology as an undergraduate, and that is when I found my passions were plants and environmental conservation.  This led me, to the lab of Professor Elisha Tel Or, in which during my M.Sc., I specialized in phytoremediation, and developed a hydroponic bioreactor for the accelerated breakdown of pesticides using Sorghum plants, in combination with several strains of bacteria. Later for my Ph.D., I joined the lab of Professor Menachem Moshelion which specializes in plant physiology, plant hydraulics and high throughput functional phenotyping. During my PhD in collaboration with Professor Nava Moran, we discovered some of the mechanisms enabling the leaf bundle sheath cells (BSCs) which tightly enwrap the vascular bundle, to act as a dynamic hydraulic barrier between the xylem and the mesophyll. The BSCs regulate the inner xylem pH via p-type H+ATPases (predominantly AHA2 and AHA1) and as a result control the water permeability of this tissue and the hydraulic conductance of the entire leaf (Kleaf), and in so, act as a second “water valve” in line with the stomata.  Later we discovered that this xylem pH regulation mechanism was part of a Blue Light (BL) activated signal transduction pathway, starting with the activation of PHOT1 and PHOT2, which enables the accelerated passage of water through the BSCs with first light. The elevated permeability of the BSCs and rise in Kleaf, support the transpiration stream, and prevent the leaf from dehydrating, in a similar pathway to the BL activated opening of the Guard Cell. Recently I completed a fellowship the Israel Ministry of Agriculture as a scientific advisor, working on the Ministry’s new policy for environmental and sustainable agriculture. 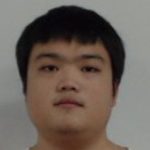 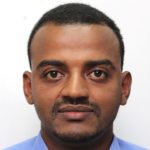