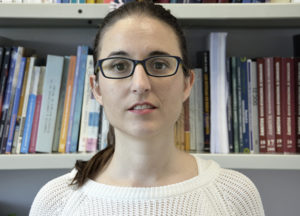 Isabel is a plant biologist from Spain that got her PhD on (Plant) Biotechnology in 2013 with a study about secondary metabolism in spike lavender.  Since then she has changed her career path a bit into R&D and innovation management and science communication. However, plant science is still her “secret lover” and she works from time to time in the lab: lately trying to understand the epigenetic changes that occur when cryopreserving plant material, specifically Pinus pinaster embryogenic calli. She has a deep interest in plant in vitro culture, plant health, secondary metabolism and plant biotechnology in general. 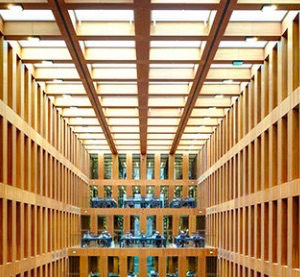 During 2017, a consortium of 200 German research institutions was in conversations with the publishing group Elsevier to achieve a collective deal for full online access to Elsevier journals. This deal would have granted them access to about 2.500 journals for half the market price.  After they could not reach an agreement by December 2017, Elsevier decided to provide those institutions with unlimited online access until a solution could be crafted.  Experts regard this “as a milestone for global efforts to make results of publicly funded research immediately and freely available to scientist and the wider public”. (Summary by Isabel Mendoza) Nature  10.1038/d41586-018-00093-7

REVIEW In vitro propagation of bamboo species through axillary shoot proliferation: a review ($) 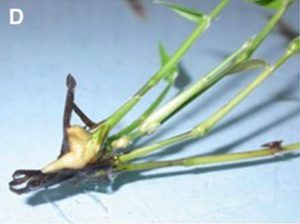 Bamboos are economically important plants, with versatile applications including use in construction, paper, textiles, and food production and bioenergy uses among others. Traditional methods of plant propagation are revealed to be challenging in this plant. First, bamboo propagation through seeds could be problematic, due to short seed viability, massive consumption by small animals and genetic heterogeneity.  And secondly, vegetative propagation through cuttings is potentially destructive to the mother plant. This is problematic, especially when working with elite cultivars. Sandhu et al. review the possibilities available through in vitro culture for this species, including their constraints (contamination, hyperhydricity and browning), explant types and media and plant growth regulators required for budding and subculture. (Summary by Isabel Mendoza) Plant Cell Tissu Organ Cult 10.1007/s11240-017-1354-9 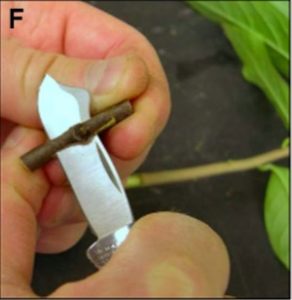 Apple  (Malus spp.) is an economically important tree that faces, like other crops cultured in temperate regions, remarkable challenges due to climate change such as abiotic (drought and salinity) and biotic (fungi, bacteria and aphids) stresses. For that, there is increasing need to preserve Malus genetic resources (wild and commercial varieties) with potentially valuable genes for future breeding programs. Cryopreservation is the storage of biological samples in liquid nitrogen and is considered a better option for long-term storage. Wang et al. review the existing options for cryopreservation of Malus germoplasm regarding starting materials (seeds, pollen, in vivo dormant buds and in vitro shoot tips/buds) and cryopreservation approaches (two-step freezings, droplet and vitrification), among others. (Summary by Isabel Mendoza)  Plant Cell Report 10.1007/s00299-018-2249-x

An integrated assessment of the vascular plant species of the Americas ($) 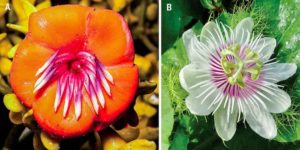 Cataloguing of American plants started in the year 1526 with the chronicles by Fernandez de Oviedo that already included the first reports of now widely use crops such as chili pepper and corn. Ulloa-Ulloa et al. present in this article a complete and searchable checklist (large PDF) of all known American vascular plants, that includes 124,993 species, from 6,227 genera and 355 families. These results comprise the 33% of all vascular plants known worldwide to date. (Summary by Isabel Mendoza)  Science 10.1126/science.aao0398

Evaluation of the potential of regeneration of different Colombian and commercial genotypes of cocoa (Theobroma cacao L.) via somatic embryogenesis ($) 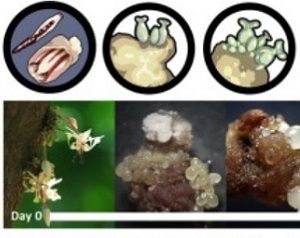 The global demand for cocoa (from Theobroma cacao) has been increasing, but production has not kept up with demand due to global climate change, pest and disease issues, and low productivity due to old cocoa trees. Currently, grafting and seeds (produced by cross-pollination) are used to propagate cocoa, resulting in heterogeneous genetic backgrounds and thus varied production. Modern techniques would drastically increase the quality of cocoa plant material to increase production. Ramírez et al. have optimized the in vitro propagation of multiple Colombian and commercial/universal genotypes via somatic embryogenesis. In their article they describe the effects of culture media, type of explant and culture times on the generation of high numbers of secondary somatic embryos. This will help to reduce costs of in vitro propagation and will allow for the production of high-quality cocoa plant material. (Summary by Julia Miller) Scientia Horticulturae 10.1016/j.scienta.2017.10.040

A genome for gnetophytes and early evolution of seed plants 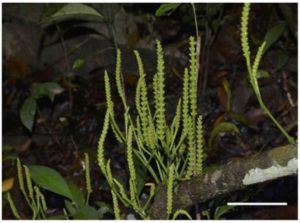 For decades, the Gnetophyte lineage has puzzled plant scientists in its correct phylogenetic placement. When taxonomists largely focused on morphological characteristics before the advent of molecular biology, it made sense to treat these apparently intermediate species as a transitional group between the flowering angiosperms and the non-flowering gymnosperms, or as early diverging angiosperms. This month, the first genome for the Gnetophytes was published belonging to a species of the genus Gnetum, G. montanum, one of the three Gnetophyte genera (the other two being Ephedra and Welwitschia). Wan et at. reported many features unique to the Gnetophytes, and argued that several specific changes must have occurred to allow for a common ancestor with conifers. These included major genome downsizing, reduction in intron size, high rates of sequence divergence eroding evidence for a hypothesised ancient whole-genome duplication shared by all seed plants, and lineage-specific expansion and reduction in certain gene families. Although the placement of the Gnetophytes close to or within the conifers may be our current best guess, many specific and complex evolutionary changes must have occurred for this to reflect the true position of this group of plants. (Summary by Danielle Prinsloo)  Nature Plants 10.1038/s41477-017-0097-2 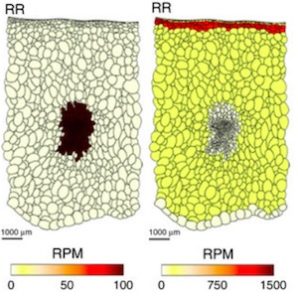 Tomato (Solanum lycopersicum) is today the main model to study fleshy fruit development. Until now, most tomato growth and ripening studies are focused on a single tissue, the pericarp, and do not take into consideration the development of internal tissues. Shinozaki et al. provide an extensive spatiotemporal transcriptome analysis, with 24,660 unique genes detected, of tomato fruit development and ripening, revealing among other finding, radiating gradients of gene expression.  According to Shinozaki et al., these data, available in the TEA database (http://tea.solgenomics.net) “will facilitate future hypothesis development and research in tomato, and represent a more precise molecular characterization of additional species and development programs”. (Summary by Isabel Mendoza)  Nature Communications 10.1038/s41467-017-02782-9

Woody plants, given their usually long life span, typically must face during their life several injuries that could take as long as several years to heal.  In their work, Chano et al. use microarray analysis and RT-PCR to analyze the transcriptome changes that occur during wood formation after a trauma in the conifer Pinus canariensis. Their results suggest that during the first 3 months after wounding, pathogen defense molecules are first formed, followed by a fast-growing traumatic wood with a higher proportion of resin ducts and, at least at the very beginning, less efficient than normal wood as a preventive barrier. (Summary by Isabel Mendoza) BMC Plant Biol. 10.1186/s12870-017-1183-3 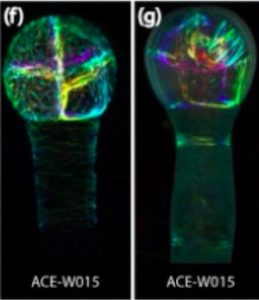 Embryogenesis is the simple process of plant development, but until recently our knowledge has been limited to how individual cells are specified and organized. Reported markers have been mostly constitutive promoter-driven, a fact that creates background and makes them unsuitable for the study of cellular organization of the embryo. In Liao & Weijers, the authors generated a set of ACE (Arabidopsis Cellular markers for Embryogenesis). These are fluorescent proteins that localize to various subcellular locations driven by meristematic (RPS5A, ACE-R) and embryo-specific (WOX2, ACE-W) promoters. ACE-R constructs are expressed uniformly in the embryo, whereas ACE-W lines are expressed in specific cells (in the pro-embryo, two uppermost suspensor cells; in the chalaza from 2-cell to early globular stage). Interestingly, ACE-W expression starts to decrease after early globular stage in the basal part of the embryo and two top most cells in the suspensor. In summary, ACE-R is suitable for study the suspensor, embryo proper and seed development; while ACE-W is more appropriate for early embryo imaging. This new set of markers will help to answer the fundamental questions regarding embryogenesis in the future. (Summary by Arif Ashraf ) Plant Journal 10.1111/tpj.13841 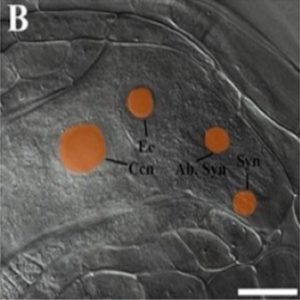 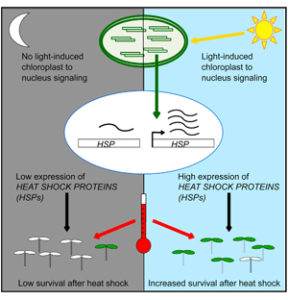 Plants are able to sense and respond to temperature changes in their environment.  However, the mechanism by which high temperature is sensed and then relayed to affect the expression of heat shock transcription factors (HSFs) is unclear.  Dickinson et al. demonstrated that Arabidopsis plants show diurnal variation in thermotolerance, which correlates with expression of the downstream targets of HSFs, the heat shock protein genes (HSPs).  The variation was not a consequence of the circadian clock, but was instead linked to the light reactions of photosynthesis.  Chemical alteration of the redox state of the plastoquinone (PQ) pool (a known retrograde signal) conferred changes in HSP70 expression, and indicated that a reduced PQ pool induces a morning peak in expression.  This work demonstrates that photosynthetic electron transport can integrate light and temperature cues, and so helps explain the diurnal variation in thermotolerance noted in many plants species. (Summary by Mike Page) Cell Rep 10.1016/j.celrep.2018.01.054

Microtubule reassembly mediated by ethylene in response to salt stress 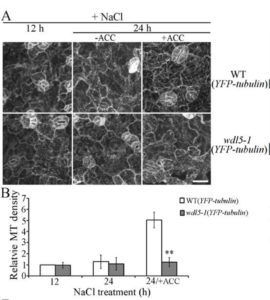 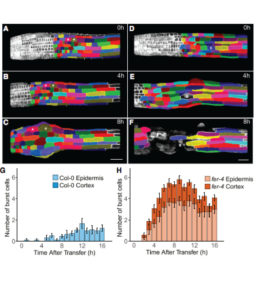 Growing plant cells need to loosen up their cell walls while maintaining their integrity. This process gets trickier when plants are exposed to salt stress. Feng et al. describe the important role of the plasma membrane-localized receptor-like kinase FERONIA in restoring growth and cell wall integrity after exposure to salinity. FERONIA mutants showed high rate of cell rupture in root cortex and epidermal cells, most probably due to inability to restore cell wall rigidity after exposure to salinity. Salt stress induces cell wall loosening as sodium ions replace load-bearing ionic interactions in the pectin matrix, which are facilitated by calcium and boron ions. Although FERONIA’s extracellular domains were found to bind pectin in vitro, its role in sensing cell wall rigidity remains to be determined. FERONIA is also involved in eliciting a transient increase in calcium that coincides with growth recovery. The work explores the concept of salt toxicity occurring at the apoplast during the very early phase of salt stress exposure. (Summary by Magdalena Julkowska) Current Biology 10.1016/j.cub.2018.01.023 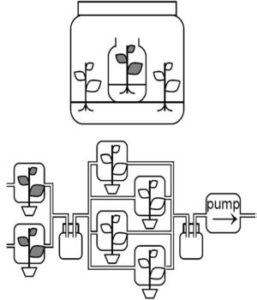 It is well known that upon pathogenic infections, plants defend themselves by emission of volatile organic compounds (VOCs) as one of the defence strategies. This work by Cellini et al. aims to understand the biological relevance of these organic volatiles in the fire blight disease of apple caused by Erwinia amylovora (Ea). The authors performed a proton transfer reaction mass-spectrometry (PTR-MS) to understand the dynamics of VOC regulation. Exposing their healthy neighbors to VOCs from Ea-infected plants led to the reduction in pathogen growth and migration, and the induction of defence responses. Thus, communication in the form of VOCs from the infected plants stimulated defence in uninfected plants. Further research on how such compounds are perceived by the plants and how this response is suppressed by the pathogens will provide new understanding in future. (Summary by Amey Redkar) Mol. Plant Pathol. 10.1111/mpp.12509