Plants blindly probe the soil for ever-changing pockets of water and nutrients and continuously adjust their root system architecture (RSA) accordingly. Whether they invest more energy in growing existing roots or sending out new lateral roots depends on both genetic programs and environmental factors. Although RSA profoundly affects plant health and crop productivity, little is known about the mechanisms underlying this crucial trait due to the difficulty in analyzing huge, complex root systems buried in the soil. The most obvious way to explore RSA is to dig up plants and look at their roots, a process diligently performed by John Weaver and colleagues in the early 1900s (e.g., Weaver and Bruner, 1926). While this analysis provided accurate snapshots of the root systems of various crops, the numbers were limited, and almost a century later we still can’t predict the layout of the thousands of roots that arise exponentially during plant growth. Such predictions would require robust models that take into account both root growth and soil biophysics. However, models must be fed with accurate data. Despite the rapid development of non-destructive imaging techniques (such as X-ray-based and magnetic resonance imaging) for several model plant systems (reviewed in Morris et al., 2017), imaging freely growing roots is a daunting task, especially 3D imaging of large, intricate root systems in plants such as maize (Zea mays). 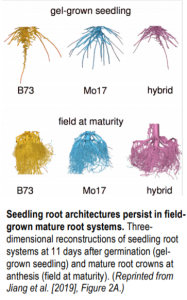 A Breakthrough Report by Jiang et al. (2019) describes a powerful new method for quantifying and predicting RSA. The authors grew two maize inbred lines (Mo17 and B73) and their hybrid in gel-based medium and performed automated time-lapse 3D imaging of their roots every 4 hours for 8 days. Using DynamicRoots software (Symonova et al., 2015) and custom code, the image data were aligned and used to reconstruct and analyze the growth patterns of the root systems over time. Each seedling contained only one primary root and the beginning of the experiment but over 100 root branches at the end. Although RSA was quite variable, Mo17 tended to produce fewer, longer roots than B73, with the hybrid showing an intermediate phenotype, as revealed by principal component analysis of root volume, length, and number. It thus appears that Mo17 invests more energy in maintaining existing roots than in producing new ones, leading to sharply different RSA over time. Changes in root growth parameters did not vary during day/night cycles, indicating that root growth patterns are primarily driven by developmental time.

To determine whether genotype-specific RSA persists under field conditions, the authors collected clumps of roots near the base of the shoot (root crowns) from mature, field-grown maize plants, washed them, subjected them to 3D X-ray scanning, and probed the resulting data. Surprisingly, despite intense environmental variation, the genotype-specific differences in root growth dynamics strongly persisted in the field (see figure), highlighting the importance of genetics for determining RSA, as well as the power of predicting root growth dynamics through in vitro analysis. A test of the sensitivity of the pipeline (by successively removing data points) showed that important information about root growth dynamics could be obtained using less frequent phenotyping. The authors also explored root branching angle, finding that lateral roots grew further away from the parent branch in B73 vs. Mo17 and the hybrid. Finally, lateral roots emerged radially from primary branches equally in all directions, suggesting that this process did not have a strong influence on RSA for the genotypes studied.

This technique could eventually be refined to predict RSA in field-grown crops at increasingly complex scales. Such predictions would facilitate the breeding of new crop varieties with root systems that could better withstand the challenges posed by an ever-changing climate. 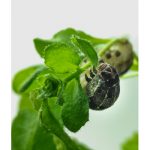 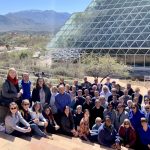