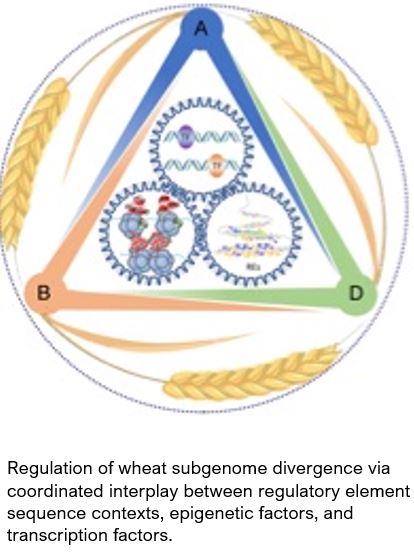 Background: Modern common wheat has an extremely large and complex genome that comes from three ancestral grasses, resulting in three sets of similar subgenomes, each containing seven pairs of chromosomes. Compared to its ancestors, modern wheat has much broader adaptability to diverse environments. This has been ascribed to the convergence of individual genomes adapted to different environments, as well as the rapid generation of new diversity in modern hexaploid wheat.

Question: A recent study revealed extensive divergence of genes as well as their expression patterns in different subgenomes, but the specificity encoded in the wheat genome that determines the subgenome-divergent spatio-temporal regulation has been largely unexplored, efforts that are hampered by the considerable size and complexity of the wheat genome.

Findings: Thousands of gene distal regulatory DNA elements in common wheat were detected and linked to their target genes by leveraging quantitative epigenomic profiles. We revealed that subgenome-divergent activity of homologous regulatory elements (REs) are affected by specific epigenetic signatures. Subgenome-divergent RE regulation of tissue specificity is associated with dynamic modulation of H3K27me3 mediated by Polycomb complex and demethylases. Further quantitative epigenomic approaches demonstrated subgenome divergent transcriptional responses to external changes is regulated by coordinated interplay between RE sequence contexts, epigenetic factors, and transcription factors. Together, the results of this study provide a wealth of resources for elucidating the RE regulomics and subgenome-divergent regulation in hexaploid wheat, and gives new clues for interpreting genetic and epigenetic interplay in regulating the specific phenotypes of polyploid wheat. 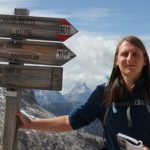 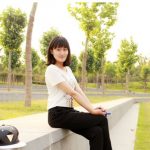