Plants need to strike a fine balance between the production, transport, and degradation of stress signals in order to optimize growth in fluctuating environmental conditions. The signal 3’phosphoadenosine 5’phosphate (PAP) accumulates during drought and light stress and induces stress-responsive gene expression (Estavillo et al., 2011). Sulfur transfer from 3’phosphoadenosine 5’phosphosulfate (PAPS) to acceptor compounds in the cytosol results in the release of PAP. PAP is then degraded by the enzyme SAL1 in plastids and mitochondria into AMP and inorganic phosphate. SAL1 tightly controls PAP levels, as constitutively elevated PAP levels markedly affect growth and development (Estavillo et al., 2011). However, insights into how this signaling molecule moves between different cellular compartments, and the specific implications of subcellular concentrations, have been elusive. Ashykhmina et al. (2018) expand on the discovery of the plastid-specific PAPS transporter PAPST1 (Gigolashvili et al., 2012) and define the role of the closest homolog, PAPST2, as a key component of the PAP-degradation and signaling pathway in Arabidopsis thaliana.

The authors heterologously expressed and reconstituted PAPST2 in artificial lipid vesicles to biochemically characterize the transporter. As PAPST1 has previously been classified as an antiporter, which can concurrently move different nucleotides in opposite directions (Gigolashvili et al., 2012), the vesicles were loaded with ATP and different substrates were tested. Compared to PAPST1, which preferentially transports PAPS and ATP over PAP, PAPST2 was found to efficiently transport PAP, PAPS, ATP, and ADP, albeit with a slight preference for PAP and ATP. Furthermore, PAPST2 was found to be dually targeted to chloroplasts and mitochondria.

Are these morphological differences due to changes in organellar PAP levels? papst2 had a moderate increase in cytosolic PAP levels compared to wild type, thereby stimulating plant growth, as exemplified in papst2 and amiRNA lines. As the fry1 mutant has far higher PAP levels and is smaller than wild type, it was crossed with papst1 and papst2. The morphological traits of fry1 were partially complemented in the fry1 papst1 double mutant (see figure), and this coincided with lowered cytosolic PAP content but higher chloroplastic PAP content compared to fry1 alone. This could potentially be due to an overall decrease in PAPS transport via PAPST1, and consequently, lower PAP formation in the cytosol. By contrast, fry1 papst2 had an exacerbated fry1 phenotype, with higher cytosolic and chloroplastic PAP contents compared to fry1. 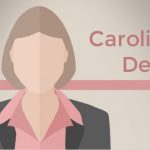