Background: During the course of evolution, eukaryotic cells gained a nuclear envelope to protect their genomes. However, to coordinate diverse biological processes, cellular contents need to communicate between the nucleus and the cytoplasm. The nuclear/cytoplasmic shuttling of proteins has been well studied, but only the nuclear export of RNAs has been analyzed in detail. Nevertheless, increasing evidence has shown that multiple functional RNAs traffic from the cytoplasm to the nucleus, by a yet-to-be-elucidated mechanism. 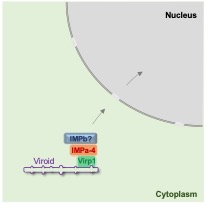 Findings: We used a pathogenic noncoding RNA (PSTVd) as a model to study RNA nuclear import and found a particular RNA structure (the C-loop) that is critical for PSTVd nuclear accumulation. The PSTVd C-loop is recognized and bound by the cellular protein VIRP1. Since nuclear import of proteins often relies on Importin, we performed a screen and identified IMPORTIN ALPHA-4 (IMPa-4) in a complex with PSTVd. Reducing the amount of IMPa-4 in cells inhibited PSTVd nuclear accumulation and infectivity. Interestingly, VIRP1 also relies on IMPa-4 for nuclear accumulation. Therefore, we propose a model in which IMPa-4 transports the VIRP1–PSTVd complex into the nucleus. Notably, nearly all nuclear-replicating viroids and a viral satellite RNA contain a C-loop, suggesting that the C-loop is a conserved signal for RNA nuclear import.

Next steps: We are interested in identifying the C-loop structure in cellular RNAs. Once we find cellular RNAs with a C-loop, we will test whether those cellular RNAs are transported into the nucleus and explore the biological significance of their nuclear import.

A sensor for inhibition of symbiosis when phosphate is plentiful 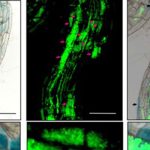 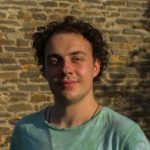