Due to their stability and far-reaching support at all career stages, scientific societies are uniquely well-equipped to serve as trail-blazers in promoting the advancement of under-represented minority (URM) scientists. Scientific societies that participate in diversity initiatives are ubiquitous, however studies on the long-term impact of member participation in such initiatives are largely absent. In this paper, the authors highlight the successes of the American Society for Cell Biology’s (ASCB) Minorities Affairs Committee (MAC) throughout its decades-long history. To address the high attrition rates of URM researchers between the postdoc and new faculty stages, the ASCB MAC sponsors yearly career development workshops and developed both the Faculty Research and Education Development program to pair URM researchers with an experienced PI to mentor in grant writing and the Visiting Professor Program to match early career URM researchers with established professors. The MAC also provides travel grants to the society’s annual meeting for URM students and faculty that includes workshops in professional development, technical skills, and outreach training. Immediately following participation in one of the MAC programs, attendants answer an anonymous survey to gauge their success. To address the long-term outcomes, 98 past participants from 2006-2015 were re-surveyed and a majority reported attending multiple MAC programs, continuing in academic careers, serving as PI or co-PI on grants, and publishing papers or book chapters since participating. Attendees also reported positive psychosocial benefits, including feelings of belonging and support, which are especially important for URM researchers. The success of the ASCB MAC’s programming serves as a shining example of the long-term positive outcomes yielded from supporting URM researchers at the scientific society level, and will hopefully fuel development of similar programming across a wide range of societies. (Summary by Rebecca Hayes) bioRxiv 10.1101/794818 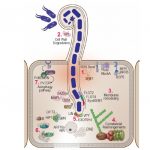 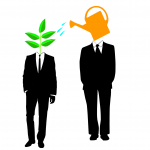