By Chengxiang Li and Hao Yu

Background: Maternal carbon source supports seed development and is eventually transformed into seed reserves, such as storage oil in the filial embryo and protective compounds in the maternal seed coat. During seed development of Arabidopsis (Arabidopsis thaliana), a regulatory module, including SHAGGY-like kinases 11/12 (SK11/12), determines carbon partitioning into different metabolites in distinct tissues. Although it has been known that SK11/12 participate in this process by modulating the transcriptional regulators they interact with, how these two kinases are regulated during seed development is currently unknown. SK11/12 are two members of the glycogen synthase kinase 3 (GSK3) family, which consists of highly conserved serine/threonine protein kinases across eukaryotes. In contrast to the well-known regulation of GSK3s at the posttranslational level, the mechanisms underlying the transcriptional regulation of their encoding genes remain a long-standing mystery.

Question: We asked how SK11/12 are transcriptionally regulated during seed development to determine the distribution of carbon sources into storage and protective components in Arabidopsis seeds. 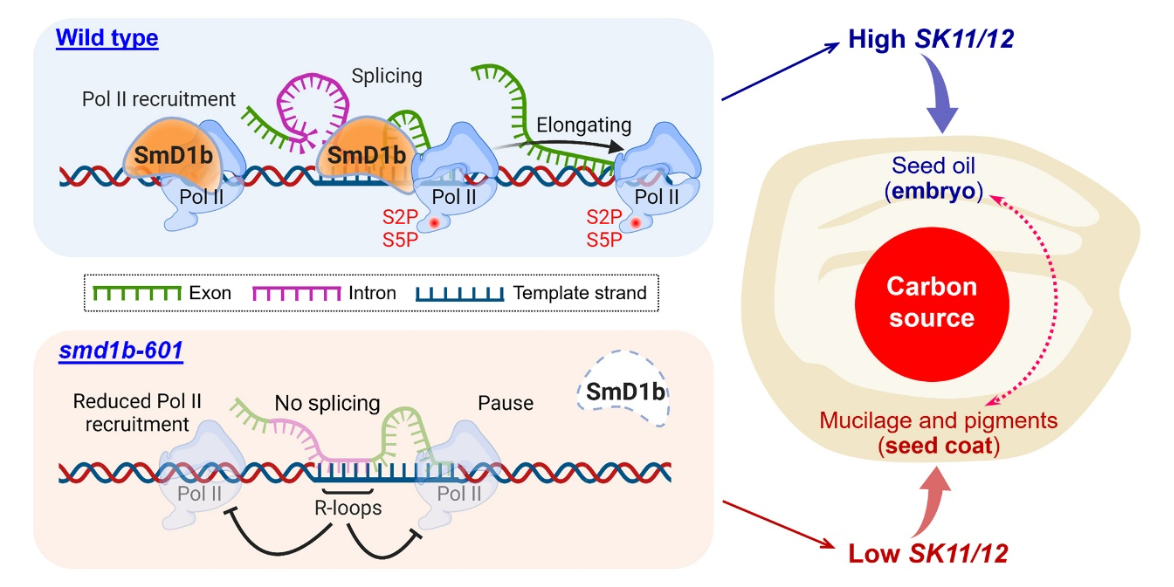 Findings: Here we report that transcriptional regulation of SK11/12 is mediated by a splicing factor, SmD1b, conferring a new regulatory layer for carbon flow between metabolic pathways in zygotic and maternal tissues in seeds. SmD1b binds to the SK11/12 chromatin region to prevent disruptive R-loop formation caused by retention of the first intron and also to facilitate the recruitment of RNA polymerase II, which promotes SK11/12 transcription to regulate carbon partitioning in seeds. These findings not only reveal a key molecular event that constitutes a master regulatory module for determining carbon flow in seeds, but also provide new insights into the transcriptional regulation of GSK3s.

Next steps: We are further characterizing other SmD1b interacting partners, which may provide more insights into the role of SmD1b in transcriptome reprogramming at specific loci in different developmental contexts, including seed development. 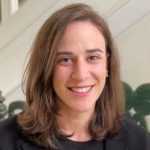 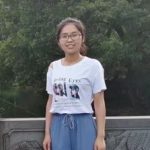