Brief bio: During my master’s thesis I started to deal with the miRNA biogenesis pathway in plants. At that time I was studying in-vivo interactions between one of the major proteins involved in miRNA biogenesis, the SERRATE protein, and the nuclear cap binding complex using coimmunoprecipitation method. During my PhD I participated in several projects, investigating the process of miRNA maturation at thr cotransciprional level. As part of one of the projects, I am investigating the role of SERRATE protein in biogenesis of miRNA and other RNA metabolism pathways by looking for new protein partners. I am also involved in a project analyzing the role of AGO1 protein in the cell nucleus, during miRNA biogenesis as well as in other RNA metabolism processes. I also actively participate in the preparation of research articles and review papers describing the latest achievement in my field. 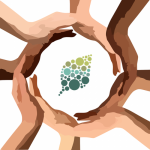 Challenging Conventional EDI Wisdom Resource Round Up
Scroll to top