Education: M.A. in Japanese Literature from University of Wisconsin-Madison, M.A. in Comparative Studies in Humanities from Ohio State University, Certificate with Honors in Internet Programming & Development from University of California Extension, Santa Cruz

Brief bio:  Academically trained in the field of literature, science was foreign territory to me until I met my husband.  While he was pursuing his Ph.D. in plant science with a minor in computer science, I often proofread his writing, never dreaming that I would write a scientific paper of my own, years later.  I also took a number of classes and workshops on computer programming and web development, in which I did well – somewhat surprisingly to me.  In early 2004, my husband became a post-doc in Blake Meyers’ lab at the University of Delaware, and several months later, I too joined the lab and started working on the original MPSS database, which I inherited from an undergraduate programmer.  In collaboration with my colleagues, I expanded and improved the database from a single site designed only for Arabidopsis mRNA data to multiple sites that could also work for small RNA data from different species.  In 2006, I published my first paper on the plant MPSS databases in Nucleic Acids Research with my husband as the other first co-author.  In mid 2008, my husband and I moved to California, but I started working remotely and continued doing so even after Meyers Lab relocated in the Danforth Center in early 2016.  During those years, my responsibilities grew as the manager of our computational projects, and the MPSS databases evolved into the Next-Gen sequence databases, after going through numerous changes, improvements and upgrades.  I still enjoy developing a variety of web resources for our lab members and collaborators, as well as for the wider scientific community. I am happy to (re)introduce the Next-Gen sequence databases in my latest paper, describing many of the improvement we have made over the last decade. 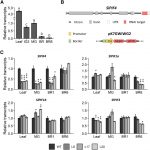 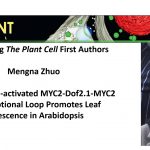