Kai Wang, first author of The CDK inhibitor SIAMESE targets both CDKA;1 and CDKB1 complexes to establish endoreplication in trichomes

Brief bio: I was born and grew up in a poor village in China. With hard work, I earned my bachelor’s degree in Northwest A & F University. Then I moved to the Biotechnology Research Institute in Chinese Academy of Agricultural Sciences in Beijing to pursue my master’s degree, where I carried out research on rice functional genomics. I isolated flanking sequences from insertion mutants that were sterile or early flowering to identify gene candidates, and focused on HDR1, which is involved in controlling flowering.  My findings suggested that HDR1 functions in nuclei. Furthermore, I identified OsK4 as a partner of HDR1 and that HDR1 is upstream of Hd1. After graduation, I worked as a group leader in a private company in Beijing, where I identified and designed various artificial gene fragments to be used in R&D in Vitro Diagnostic Reagents for detection of infection diseases such as HIV, TB, HEV and TP.  Later, I was fortunate to join Dr. John Larkin’s lab in Louisiana State University, Baton Rouge, USA as a Ph. D student to participate in a plant cell cycle project, investigating functions of cyclin-dependent kinases (CDKs) and their partner cyclins (CYCs) in the regulation of endoreplication by the CDK inhibitor SIAMESE. Using a combination of classical genetics, molecular biology and cell biology, I have found that CYCD3;1, a partner of CDKA;1 acts independent of CDKB1 in promoting cell division. My work has also shown that SIM interacts directly with CYCA2;3, a partner of CDKB1;1, but not with CYCD3;1. My work sheds light on the role of different CDK/CYC complexes in promoting mitosis, and on the mechanisms by which SIM suppresses mitosis and establishes endoreplication. 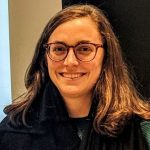