Education: Molecular Sciences at Wageningen Agricultural University and Ph.D at the same university

Brief Bio: I studied molecular sciences, a mix of physics, chemistry and biology at the Agricultural University of Wageningen (1985-1989) after which I did my Ph.D research at the Dept. of Molecular Physics at the same University on water mobility in heterogeneous systems. I became scientific coordinator at the EU NMR Large Scale Facility in 1993 and collaborated with many different research groups using NMR and MRI looking at water mobility in a wide ranging array of objects. Later I did a post-doc on molecular mobility in foods and then switched to the field of rheology in 1999 at the Max Planck Institute for Polymer Research in Mainz. From 2001 till 2004 I worked at DSM Research in the Netherlands on solid state NMR after which I joined what is now the IBG-2, Plant Sciences group at the Forschungszentrum Jülich. Since then I helped build up the MRI laboratory for plants and developed the tools to observe plant roots in soils. As a major aside we (mainly Johannes Kochs) developed an extremely sensitive soil water sensor with which were are now able to look at plant driven root water uptake.

From the above one can see I worked in several different research fields but my main topic has always been molecular mobility with special focus on water and MRI. 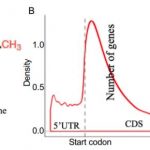 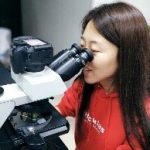