Brief bio: As graduate student of Kyushu University, my research carrier started in the lab of Prof. T. Harada where I studied C4 photosynthesis. I got job at Central Research Institute, Japan Tobacco and Salt Public Corporation in 1973. Using primary structure of RuBisco, I found that Nicotina tabacum is the amphidiploid of N. sylvestris and N. tomentosiformis and that one of two chloroplast genomes is sorting out in somatic hybrid produced by plant cell fusion. After this project, I joined the plant biotechnology group, where I developed new methods of haploid breeding and studied the mechanism of embryogenesis from microspore and ovule. I moved to Kagoshima University in 1997 and have studied plant stress physiology, especially stomatal physiology. Our group have found that several compounds (nitro-cGMP, mercapto-cGMP, glutamic acid, hydrogen sulfide, etc.) play as signaling molecules in stomatal movement. 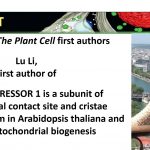 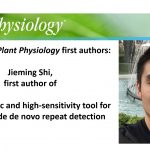