Current Position: I currently have two academic part-time jobs, working 75 % as a Lecturer at the University of Graz (Austria), and 25 % as a Postdoc researcher in a project at Graz University of Technology

Brief bio: My CV is a bit different from the typical researcher’s. I had always wanted to become a teacher, so, after high school, I studied Primary Education. Having completed my teaching degree, however, I felt I would like to broaden my horizon and study another subject before deciding about settling down as a teacher. As I had always been fascinated by biology and nature, I enrolled in a Bachelor’s programme in Biodiversity and Ecology. From then on, one thing led to another. The more I learnt about plants along the way, the more interesting I found them, which made me go for a Master’s degree in Botany. During the research work for my Master’s thesis, I was able to gather some experience in plant tissue culture. Because of that, after finishing my Master’s degree, I got a temporary position as a lab technician in the group of Prof. Thomas Roitsch, who had just accepted a position in Graz. It so happened that there was an open PhD position in his group in a project on sugar beet physiology which I was very happy to take. The majority of the data presented in our Plant Direct sugar beet paper was collected during my PhD period, and during a phase as a part-time Postdoc at the University of Natural Resources and Life Sciences in Vienna directly afterwards. It was also during my PhD period that I was first offered the opportunity to teach classes in plant science, and as soon as I started teaching, I knew I had come full circle – I was meant to be a teacher after all. I have been working as a part time Lecturer in plant physiology at the University of Graz ever since. Shortly after, I accepted a position as a part-time Postdoc in the group of Prof. Peter Macheroux at Graz University of Technology, embracing the opportunity to also remain active as a researcher. There, I am currently involved in a project with the objective of elucidating the biological functions of a subgroup of the Berberine Bridge Enzyme-like gene family. 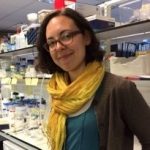 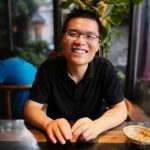