Brief Bio: As a Ph.D. student, I had worked in the laboratories of my graduate advisors Dr. Ramin Yadegari (who later on became my sole advisor) and Dr. Xiangfeng Wang, where I received training in both plant developmental biology and bioinformatics. My research projects had been focused on understanding gene regulatory mechanisms controlling cell differentiation in maize endosperm. In the course of my doctoral studies, I developed broader interests in understanding how plant reproductive development is regulated genetically and epigenetically. After graduation (in May 2018), I recently joined Dr. Blake Meyers’ lab at the Danforth Plant Science Center, where I started to investigate how phased, small interfering RNAs are produced in plants and what their roles are in plant reproductive development. 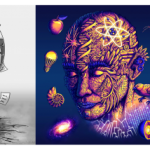