Ma et al. provide numerous insights into how whole-genome duplication contributed to the origin and diversification of the grass family.

Background: Whole genome duplication (WGD), which may result from an organism that inherited two copies of its genome from each parent, is a major source of raw genetic material that drives the evolution of flowering plants. The evolutionary significance and timing of the first WGD event shared by all members of modern cereals (the grass family), called ρ-WGD remain unclear, as previous studies focused mainly on economically important cereals. Pharus belongs to the subfamily Pharoideae and is sister to modern cereals such as rice, wheat, and maize, therefore, genome sequences of it may harbor more traces of ancestral grasses and provide a missing piece of the puzzle for understanding the role of ρ-WGD in the early evolution of grasses.

Question: We set out to gain insights into ancestral genomic characteristics and early evolution of the grasses following ρ-WGD by sequencing and comparative analyses of the Pharus genome. Did Pharus also share the ρ-WGD event with modern cereals? If so, how did this event contribute to the evolution of Pharus and the cereal grasses?

Findings: We found that the Pharus genome evolved more slowly than modern cereals. It has a usual GC3 content (G or C in the third codon position of protein-coding genes) within grasses, probably representing the ancestral state, and also retains morphological features of common ancestors of Pharus and modern cereals in spikelets (the specialized flowers of grasses). We obtained strong evidence for a WGD event in the evolutionary history of Pharus, which was proved to be shared with modern cereals and is estimated to have occurred around 98 million years ago in the Cretaceous era. However, contrasting patterns of genome evolution following ρ-WGD were observed between Pharus and modern cereals with respect to the loss of duplicated genes and chromosome-level changes. We also found clues in the Pharus genome for the origin of the spikelet that is related to the cereal yield.

Next steps: We would like to analyze more grass genomes, especially those from the subfamily of Anomochlooideae that is sister to all extant grasses, as they do not have a true grass spikelet and comparative analyses would ultimately resolve the origin of the spikelet. 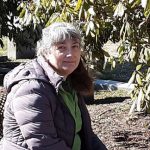 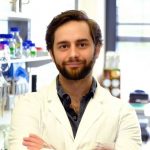