Background: Plant NLR proteins are intracellular immune receptors that recognize pathogens and initiate defense responses against invaders. The expression of NLR genes is tightly controlled for effective defense as well as to balance defense and growth. To identify regulators of NLR gene expression, we performed a sensitized genetic screen and identified LOS2 as a negative regulator of NLR gene expression and immune responses in Arabidopsis thaliana. LOS2 encodes enolase, a key primary metabolism enzyme involved in glycolysis, and it was postulated to also encode a transcriptional repressor, MBP-1, via alternative translation initiation.

Findings: We found that the immunity regulation function of LOS2 is through its enolase activity in glycolysis rather than MBP-1. Genetic elimination of the enolase catalytic activity but not the production of MBP-1 accounted for all defects observed in immunity and growth for the los2 mutant. Perturbed glycolysis from reduced enolase activity triggers immune response accompanied by increase NLR expression. The heightened immune response also contributes to the reduced growth in the los2 mutant, which was previously only attributed to a decreased primary metabolism. Not only is MBP-1 not involved in immunity and growth regulation, but it is also not detected under normal growth conditions. Interestingly, activated immune responses induce more accumulation of some primary metabolites such as sugars and organic acids, indicating a cross regulation between primary metabolism and immune responses.

Next steps: The next challenge is to find out the exact immune trigger(s) from the perturbed primary metabolism through multiple approaches such as metabolite profiling and genetic dissections. Further molecular links revealed will not only expand our understanding of immune response regulation but also provide potential molecular means for engineering plants with optimized growth and disease resistance.

From Editor to Teacher: Views from Both Sides of the Scientific System. An... 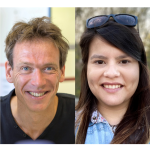 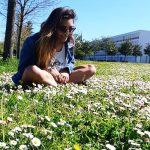