Background: Root systems are the literal foundations of most plants and have an enormous influence on plant health and productivity. However, they are difficult to study due to their complex and dynamic three-dimensional shapes, which are conditioned by the local environment of each constituent root. A particularly large gap in our knowledge is how root systems grow from a single primary root to a network often containing thousands of roots. We developed an automated time-lapse three-dimensional imaging system and analysis pipeline that allowed us to quantify seedling root growth over time to explore how phenotypic variation in root architecture builds from simpler growth processes.

Findings: By monitoring the seedling root systems of two maize inbred genotypes (B73 and Mo17) and their hybrid in a controlled environment, we found a strong influence of genetic variation in maize root growth patterns. The differences in peak growth rate, the relative allocation of carbon resources to either new or existing roots, root branching zone size, and lateral branching densities along a single root contributed to differences in global root system architecture. We compared these results to x-ray scanned excavated mature root crowns from the field and showed that 3D seedling root system architecture traits can persist in field-grown mature root systems. 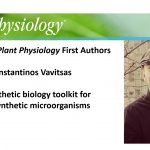 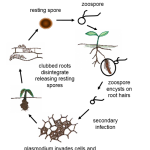