Background: Phosphate is an essential macronutrient for plants, but its availability is often limited. Approximately one-third of phosphate in plants is found in membrane phospholipids. When plants suffer from phosphate deficiency, one major change is membrane lipid remodeling, during which phospholipids are degraded to make phosphate available for other vital cellular processes such as ATP synthesis. The plasma membrane contains two major types of phospholipids: glycerophospholipids, with a glycerol backbone; and phosphosphingolipids, with a sphingosine-like backbone. Nonspecific phospholipase C (NPC4) is one of the lipid-hydrolyzing enzymes that is most highly induced by phosphate limitation. Although NPC4 hydrolyzes glycerophospholipids in vitro, knockout of NPC4 has little effect on the glycerolipid changes in Arabidopsis response to phosphate deficiency.

Questions: What is the function of NPC4 in membrane lipid remodeling and the plant’s response to phosphate deficiency? Is NPC4 involved in sphingolipid metabolism, and where is it found in the cell?

Findings: We show here that knocking out NPC4 diminished the decrease in glycosylinositolphosphorylceramide (GIPC, the most abundant phosphosphingolipid) that was induced by phosphate deprivation. It also impeded root growth of seedlings, suggesting a positive role for NPC4-mediated sphingolipid remodeling in root growth. We also found that NPC4 was associated with the plasma membrane rafts, in which GIPC is enriched, and that it prefers hydrolysis of GIPC to that of phosphatidylcholine in vitro. Our results reveal both an important substrate and a key function of NPC4, and they indicate a critical role for NPC4 in phosphosphingolipid remodeling in plants that are coping with phosphate limitation.

Next steps: We will investigate how specific NPCs are involved in sphingolipid remodeling and/or glycerolipid remodeling to better understand the mechanism by which plants optimize phosphate utilization.

Review: Perspectives on improving light distribution and light use efficiency... 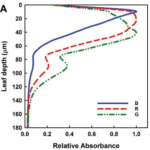 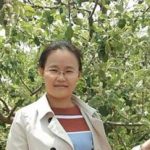