Zakaria and Stegemann et al. identify and characterize an enzyme involved in pyrrolizidine alkaloid biosynthesis in a member of the borage family.

Background: Alkaloids are a group of often structurally complex natural products that are produced by various plants as part of their defense against herbivores. The toxic pyrrolizidine alkaloids (PAs), for example, occur in several species of the borage family and are characterized by a bicyclic structure. Polyamines, simple nitrogen-containing molecules, are involved in alkaloid formation. They are substrate for a class of enzymes, the copper-containing amine oxidases (CuAOs), that convert polyamines to their respective aldehydes and release hydrogen peroxide. We know little about the enzymes involved in PA formation, especially, how the bicyclic ring system is formed. The ring formation requires two independent oxidations and cyclization, suggesting that several enzymes, including CuAOs, might be involved in this step.

Question: Are one or more CuAOs involved in the formation of the bicyclic ring system of PAs? Do the resulting aldehydes cyclize spontaneously or is the cyclization an enzyme-controlled process? For our studies we used Indian heliotrope (Heliotropium indicum, borage family) as model that produces PAs in the leaves.

Findings: We identified a CuAO, now named homospermidine oxidase (HSO), that is involved in PA biosynthesis, as its downregulation resulted in reduced alkaloid levels in the plant. Biochemical characterization of this enzyme revealed that it catalyzes not only both oxidations of the substrate polyamine, i.e., homospermidine, but also controls the cyclization. The product is the bicyclus, the pyrrolizidine, in its aldehyde form. This can easily be further oxidized, if the hydrogen peroxide produced by the CuAO is not removed during the enzyme reaction.

Next steps: Studies should explore the molecular mechanism by which a single enzyme oxidizes homospermidine twice and controls the cyclization of the resulting aldehydes in two discrete steps. Identifying the pathway intermediate will pave the way for deciphering the subsequent reaction steps and understanding the evolution of this plant defense. 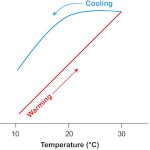 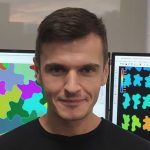