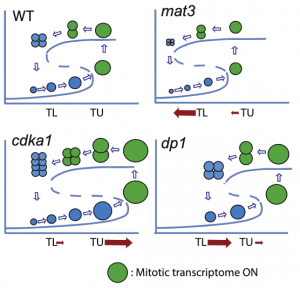 Chlamydomonas, like many green algae, divides by so-called “multiple fission” where the mother cell can grow many-fold in size before undergoing a series of rapid divisions. The dramatic separation of cell growth from cell division makes Chlamydomonas an attractive system to study genetic control of cell size homeostasis. In this paper by Cross, we learn that CDKA1, a conserved cell cycle kinase, sets the critical size required for irreversible commitment to division, probably by activating the large mitotic transcriptional program. Surprisingly though, once the cell is committed, CDKA1 plays almost no part in subsequent progression through the cell cycle and has minimal effect on daughter cell size. In contrast, two other genes, RBR/MAT3 and DP1, are primarily important for size homeostasis by controlling the number of divisions that a cell will perform. These observations are summarized in a compact hysteresis model of the Chlamydomonas cell cycle with two transition thresholds: a CDKA1-dependent threshold for cell cycle entry, followed by MAT3-DP1-regulated maintenance of the mitotic state. (Summary by Frej Tulin @FrejTulin) Curr. Biol. 10.1016/j.cub.2020.03.019 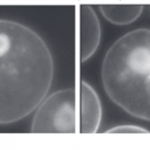 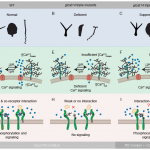 Calcium binding by arabinogalactan polysaccharides is important for normal plant...
Scroll to top