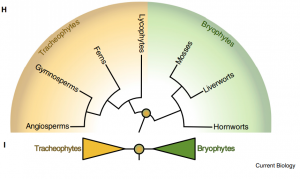 Plant evo-devo studies are thriving thanks to new genetic engineering tools and the emergence of model systems such as the moss Physcomitrella patens, the liverwort Marchantia polymorpha, and the fern Ceratopteris richardii. In the past few years many debates have taken place among the community, in particular about how to draw evolutionary comparisons between species. In an effort to “simplify” evolution for a broader audience, misleading concepts like “ancient”, “basal”, or “primitive” vs “higher” plants are abundant in the literature. Pierre Marc Delaux brought together a group of top scientists in plant evo-devo to discuss in an essay many of the controversies in this scientific field. Here, they discuss the way we think trait evolution and its molecular mechanisms and how to make better inferences about them. They also provide stepwise guidelines for studies in evolutionary biology at different levels, from phylogenetic inference to molecular mechanisms in evolution. This is a must-read for people working on plant evo-devo, in particular for those who are new or want to enter the field. (Summary by Facundo Romani) Curr. Biol. 10.1016/j.cub.2019.09.044 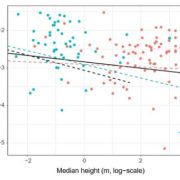 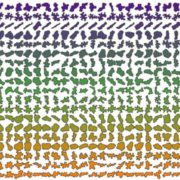 Of puzzles and pavements: a quantitative exploration of leaf epidermal cell shape (bioRxiv) 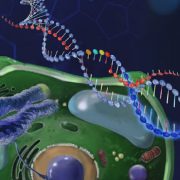 Pseudogenes in Plants: Their Associations with Long Noncoding RNAs and MicroRNAs 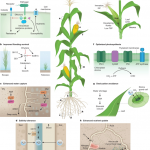