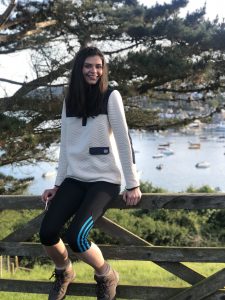 Education: PhD from Department of Plant and Microbial Biology University of California Berkeley. Bachelor’s degree in Biological Sciences from University of Bath

Plant microbe interactions became my main focus after working on wheat field trials where I saw first hand the patchy distribution of take-all disease symptoms across fields. I was fascinated by how complex interactions between microbes, plants, and soil chemistry were impacting yield.

During my PhD I became fascinated with how plant gene copy number doesn’t necessarily correlate as you would expect with plant characteristics in nature. I was curious about how plants could lose certain immune genes and still be able to resist disease, and why other genes never seemed to be lost. This led me to investigate gene loss and conservation in immune pathways. It appeared that most genes could be lost, but a particular group of plant disease receptor like genes TIR-NBARC-TPR (TNPs) were always present. I was intrigued by the presence of these TNPs in plants from diverse environments and those with few other immune receptors or the EDS1 immune signaling pathway. The distinct evolutionary history of the TNPs hinted to us that they may not behave as we expect with other genes called TIR-NBARC-LRR that are immune receptors that they had traditionally been grouped with. Scientists from the Parker Lab at the Max Planck Institute, in particular Oliver Johanndrees and Dr. Dmitry Lapin, independently had an interest in TNPs as well as other conserved TIR containing proteins. Once we discovered our common interest, we decided to join efforts between the Krasileva and Parker Labs and collaborate to discover more about these highly conserved proteins.

I hope to continue to identify interesting evolutionary patterns and then use experiments in the laboratory to help explain such evolutionary signatures. In this way I hope to use nature’s long-term experiment of evolution over time to inform my short term experiments that are aimed at furthering understanding about plant-microbe interactions. 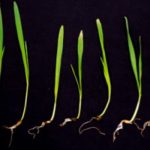 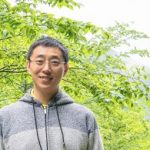