Background: Jack bean concanavalin A (conA) is a sugar-binding protein with a long and proud history. Discovered over a century ago, conA was one of the first proteins to have its structure solved and one of the earliest examples of a natural protein sequence rearrangement. In the rearrangement, a circular permutation occurs, whereby the 1st half of the protein is swapped with the 2nd half. Apart from conA (and variants in closely-related plants), no other protein is known to be modified in this way. Because conA can bind specifically to certain sugar molecules, it gets used frequently to study sugar-containing molecules. Jack bean conA coupled to chromatography resins is a common catalog item carried by scientific suppliers.

Question: Since the discovery of circular permutation 36 years ago, it has been assumed that the structure of conA would be unaffected by this modification. We sought to uncover a consequence of circular permutation and to understand whether a single enzyme alone, an asparaginyl endopeptidase, could perform the entire complex rearrangement.

Next steps: Circular permutation happens often at the genetic level, but conA remains the only case of it happening to the protein. Since circular permutation affects conA biophysical properties, we could explore whether the in vitro gains noticeably help the plant too or whether permutation is just dumb luck. Jack bean with an unmodifiable conA might let us investigate the biological importance of this unique phenomenon.

Ferredoxins: Putting the Ring in Chlorophyll 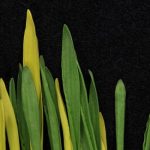 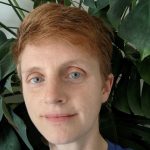