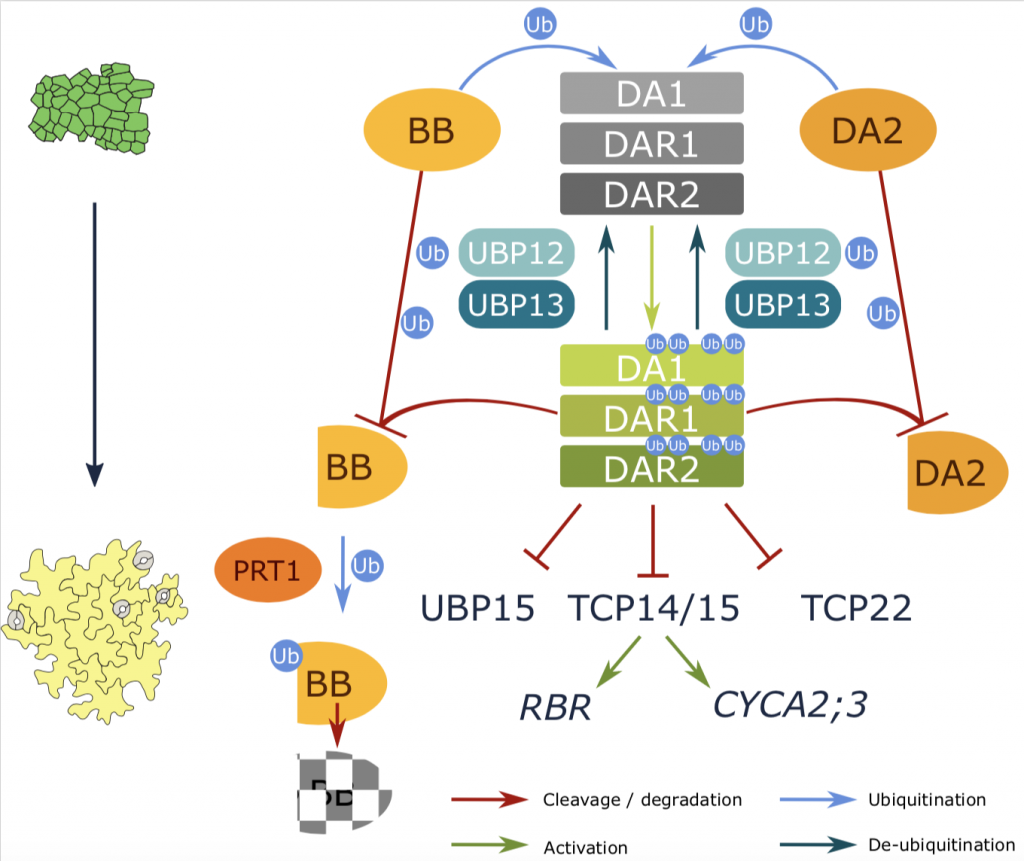 Post-translation modifications like ubiquitination and deubiquitination are important to maintain protein homeostasis and in turn plant growth. DA1, and DA1-RELATED PROTEIN 1, 2 (DAR1, DAR2) are latent peptidases activated upon ubiquitination by E3 ligases BIG BROTHER (BB) and DA2. In this paper, Vanhaeren et al. identified UBIQUITIN BINDING PROTEIN 12, 13 (UBP12, 13) as the interacting partners of DA1, DAR1, and DAR2 in vitro and in vivo. Overexpression of UBP12, 13 decreases rosette and leaf size, due to decreased cell size because of delayed onset of cellular differentiation and endoreduplication. Decreased leaf size was also observed when both UBP12, 13 were downregulated. In vitro and in vivo experiments showed that UBP12, 13 interact and deubiquitinate DA1, DAR1, DAR2 rendering the active peptidases inactive. Molecular and co-localization studies showed that UBP12, 13 and DA1, DAR1, DAR2 co-express and co-localize throughout the leaf development. Further, UBP12 and 13 are not targeted by DA1 as opposed to BB, DA2, UBP15 which are targeted by DA1. Thus UBP12, 13 acts upstream of DA1, DAR1, DAR2 in regulating plant growth. (Summary by Vijaya Batthula) eLIFE 10.7554/eLife.52276

Newly identified miRNAs may contribute to aerenchyma formation in sugarcane... 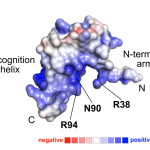